It will facilitate the participation of women, youth, children, and other vulnerable populations in accessing justice 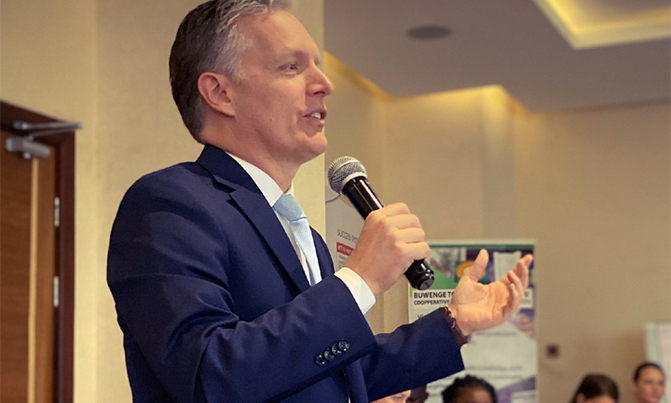 The United States Embassy and US Agency for International Development (USAID) have announced a $5m (sh18.5b) project, which will help to protect the rights of vulnerable Ugandans through helping them to access justice

Dubbed ‘Uganda Rights and Justice Activity (USAID/RAJA)’, the three-year activity that will be implemented by Freedom House, mainly seeks to protect the rights of women, youth and children.

USAID/RAJA aims at helping members of vulnerable population groups who are victims of human rights abuses access justice, protection, and referral services, a statement from the US Embassy in Kampala said.

It will facilitate the participation of women, youth, children, and other vulnerable populations in accessing justice through legal aid, providing referrals for psychosocial support, and strengthening local civil society groups to advocate for human rights in Uganda.

“The advancement of human rights is the cornerstone of a democratic society. We believe every citizen of Uganda is entitled to the right to life, liberty, and personal security. Ugandans should have the right to access justice and freedom of expression,” the USAID Mission Director for Uganda, Richard Nelson, was quoted as saying.

USAID/RAJA seeks to ensure that Ugandan citizens understand and exercise their civil and political rights in a safe and secure manner.  The activity builds on the achievements of the previous USAID Rights and Rule of law Activity, which worked to advance rule of law and protection of human rights in Uganda.

USAID’s development approach is to work hand-in-hand with Ugandan partners—be it the private sector, faith-based organizations, or civic leaders—to address the needs of average Ugandans and generate broad-based prosperity and a shared stake in the future.

The United States has a broad and strong partnership with Uganda and its people.  Annually, the United States government invests approximately $1b (sh3.7 trillion) in Ugandan communities to promote economic growth and employability, improve health and education, uphold democratic values, and strengthen security.