Why so much fuss about Zuena in Uganda 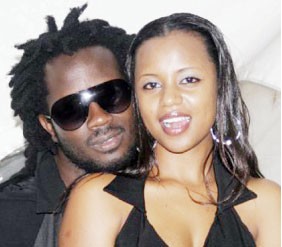 It is absolutely monotonous for us to hear the same name in the beautiful tunes that have hit the airwaves but our musicians in Uganda simply cannot sense our boredom and have continued to employ a certain name in their music. And that is Zuena. In fact it is as if “Zuena” is the most beautiful name in this pearl of Africa or the only female name that exists on this planet.

It all started a few years back in Buchaman’s hit lwaki temumatira when he mentioned that women had loved Bebe cool because he had “Zuena”. This was a casual mention of Zuena and surely it was excusable because he mentioned the hubbies of other artists like Chameleon and Bebe Cool.

However in his other hit Tukumatira despite that the women assured Buchaman that they love him, he still insisted that he wants a good lady like “Zuena” (njagala omukyala omulungi nga Zuena) to my dismay. This time I was surely becoming a bit uncomfortable with the mention of “Zuena”.

Unfortunately before I could adequately investigate Buchaman’s interest in the name some other new people on the music scene had gone to the studios and recorded an entire song on “Zuena”. Being new, no body could have had the anticipation that the hit would irritate Bebe Cool, for he alleged that the song targeted his girl. I did not entirely agree with Bebe’s allegations but neither did I like the use “Zuena” in the song.

On the contrary the poetic lyrics of the song were simply irresistible despite my poor attititude. The song by Mose Radio and Weasel was so good that it was voted the song of the year to the chagrin of Bebe and some of us. In fact it looks like the more Bebe tried to resist the song the more the song brought popularity for the boys.

Never the less I still insist that these boys could have avoided all this trouble if only they had only employed another name. Besides, I do not think the employment of another name could have affected the quality. So I will conclude that it was disappointing to have insisted on employing a name carries a lot of controversy around though on the contrary one can reason that any one has the right to use any name in his song.

Unfortunately before I could express my disappointment to the boys, I had another new tune still employing the same irritable name “Zuena” had hit the air waves. The first time I heard the tune, I was about to sleep when I had somebody crying on the radio “agenze, agenze” . I had not even established the reason why the man was crying. In the explanation for his pain mbu “Bebe Cool ayombye ne Zuena and then Bakiyaye balibira Zuena and thereafter that Zuena agenze nabana and finally in optimistic fashion that Zuena adayo wa Bebe Cool.” I thought the guy was joking kumbe it was true the lady had seriously damped the guy. In fact this was the first time I got an idea of their relationship being on the rocks. However because of my dislike of his employment of “Zuena” not even my inability to resist this tune could entice me to sympathize with this star.

In that case I think that Bebe could have hidden his frustrations if he had used another name and by doing this it could have suggested a more creative singer. So when he left nothing to imagination his enemies have now used the very song against him and have squeezed him to the corner. He is paying for the sin of using the name “Zuena” when he could have used another name and lives us to guess whether the song was really intended to lure his wife back not.

And now the question that still rages on is that do these artists that have stark to the name just lack the names to employ in their songs or it could be that these artists are secretly attracted to the “Zuena” save for Bebe Cool’s case of course but have no other way of expressing their admiration to the lady apart from using such means like Bebe suspects. Or it is that the people in question just lacked the creativity to think of other names out of the thousands of female names that exist in this world when they were composing their songs. Or these musicians have realized that the name sells like a hot cake and know quite well that its use can automatically turn a song into a hit.

No matter the explanation for their employment of the name it is now irritating to hear the name and all the Musicians that have used the name ought to be more creative and think of other names after all in music creativity is paramount. Just do it for the sake of proving that you can be more creative.

However this is not to justify Bebe’s attack on musicians that have employed this name in their song for they have the right to use the name but just do not have the right for purposes of their popularity to bore their fans with the same name. In fact the continued use of the name has turned Zuena into a more popular lady than some artists. And yet we continue claiming rights when that a song has done is create some good public relations for some. The fans equally have a right to listen to a variety of names such that in case one has a hubby with the name he can use your lyrics to put his or her love points across. This is more likely when musicians use just more names rather than sticking to just one.

And I hear there is another song in the offing with the same detestable name Zuena. I just cannot wait to be bored.