Parliament has paid tribute to the late Al Hajj Aziz Kasujja, former Electoral chairman who died and was buried last week. The motion to pay tribute to late Aziz Kasujja was moved by the 2nd prime minister and leader deputy leader of government businesses General Moses Ali and seconded by Nakaseke north member of parliament Syda […] 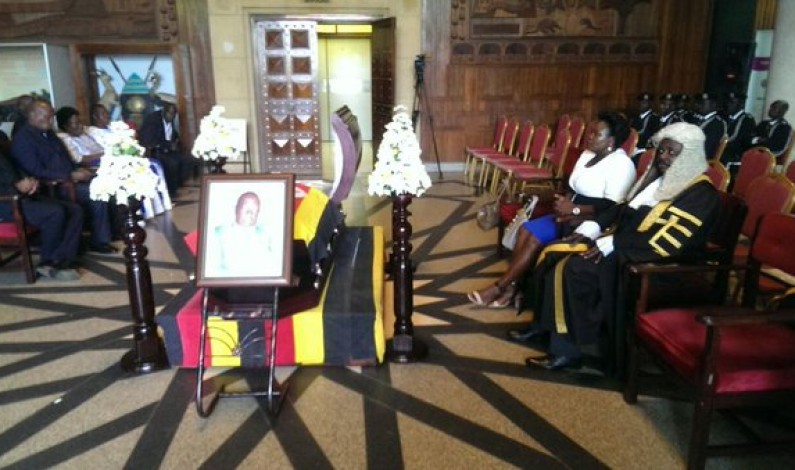 Members of Parliament across the political divide have paid tribute to the former member of parliament for Bunya west late William Wilberforce Kiwagama. MPs in a special sitting described the late as a dedicated servant to Uganda who was committed to the well-being of the people he represented. Kiwagama who died on Friday, 18th March 2016 […]

Parliament has paid a tribute to the late Suzan Namaganda in recognition to her contribution especially in regard to reviving coffee growing in the country and as a role model to the youth. Members of Parliament shared expressions of sympathy with the grieving families of the late MP which joined parliament for a special sitting to remember […]