Cardinal Emmanuel Wamala has said greed is source of evil. He says greed for money is the reason people are engaging in evils like theft, human sacrifice, and corruption.

Cases of corruption, defilement, theft, homosexuality and human sacrifice among others are on increase in Uganda. 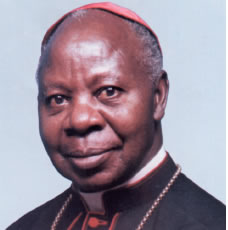 The Cardinal has urged Ugandans not to allow sin to use greed to enter their lives.

He was attending a lunch hour mass today at Rubaga Catholic Cathedral in Kampala. Wamala flanked by the Archbishop of Kampala Catholic Archdiocese, Dr. Kizito Lwanga called upon Christians to guard against committing evil.