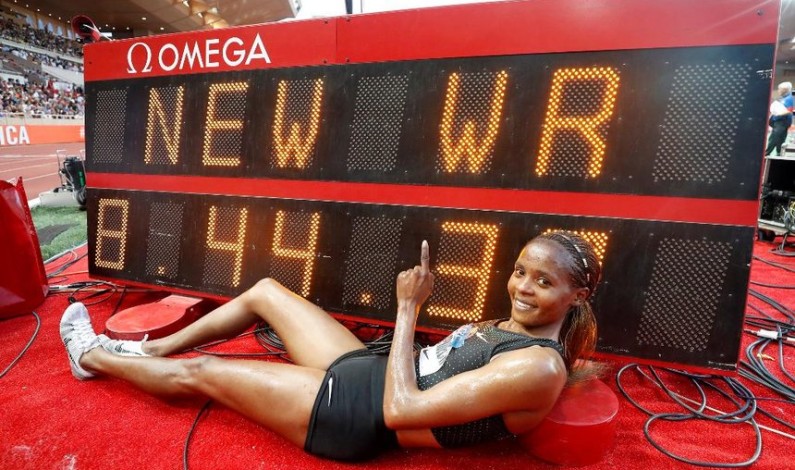 Kenya’s Beatrice Chepkoech smashed the world record in the women’s 3,000 metres steeplechase with a time of eight minutes 44.32 seconds at the Monaco Diamond League meeting on Friday. Chepkoech, 27, broke the previous record mark of 8 minutes 52.78 set by Bahrain’s Ruth Jebet in 2016 and, after breaking clear 2,000 metres into the […]

The member of parliament for Ayivu county in Arua district Bernard Atiku has asked government to make the construction of sports infrastructure in the country a priority to give youth employment through sports.nAtiku made this plea while receiving 7 million shillings from Westnile foundation head by a senior Kampala city lawyer Karebu Alaka meant for […]

Cycling to aid fight against cancer

Kadama Joy has emerged winner of the women’s 10km race against cancer. The race was organised by the Uganda Cycling Association and Uganda women’s Cancer Support Organisation. The cycling event that took place yesterday in BusembatyaIganga district also saw Kire Mwogeza win the ordinary bikes category in the 60km race, while Mayinja Wakiku took the sport […]

The managers of Uganda’s athletics Dorcus Nzikiru are concerned at reports that she could be pregnant again because she has been falling sick since August this year. Some people in her home town Arua and in Kampala on learning that Dorcus has been sick, started alleging that she could be expecting another baby just two years after she […]

Over 25,000 Athletes to participate in MTN Kampala Marathon 2010

The coach of Uganda Fame Athletics Club, James William Mugeni has appealed to the Uganda Police Force Band to participate in functions aimed at honoring Uganda’s greatest athlete John Akii-Bua because he died a serving police officer. He says honoring the achievements of great sportsmen will also help to salvage sports in the Uganda because […]

The Uganda Athletics Federation has announced that the Kampala Athletics 2nd Track & Field Trial will be held on Saturday April 10 at Makerere University. The showcase of the meeting will be the Women’s 400 metres, which will feature three of the country’s top female runners – Mildred Gamba, Janet Achola and Agnes Aneno. In […]