The Uganda Exports promotion Board has started a survey to establish the extent of the damage created by the cancellation of European flights. 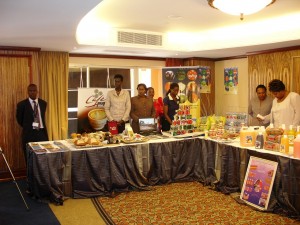 Uganda exports are being affected by Europe flight crisis

The Board says many exporting companies have registered losses of about 75,000 Euros a week in the Food and vegetables exports despite trying to use alternative means and routes of transportation.

The Deputy Executive Director Exports Promotion Board Ben Naturinda says not much can be done because it is a natural calamity but if it persists, about 4 million US Dollars will be lost.

However, Naturinda also advises exporters to improve the shelf life of their products and also have more storage facilities so as to combat the huge losses.

The Iceland volcano eruption has left scores of people stranded in different parts of the world with Ugandans affected, especially the fish and flowers businesses.