Many Ugandans are coming to terms with the sad reality that the telephone network that brought low calling rates and several innovative products in the telephone market is no more.

After several days of rumours that Warid Telecom Uganda was in some sort of crisis, it has now been confirmed that telecom firm has been sold to the Bharti Airtel Group that owns Airtel Uganda, and Airtel firms in 16 other African countries. 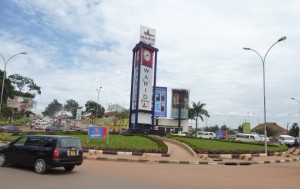 Warid no more in Uganda

The India based Bharti Airtel announced in a statement today that they had entered into a definitive agreement with the Warid Group to fully acquire Warid Telecom Uganda.

“The agreement aims to bring together the strengths of Airtel and Warid in Uganda and offer benefits to customers in the form of a superior and wider network, affordable voice and data services, and superior customer care,” said a press release.

Airtel hopes the acquisition of Warid the 3rd largest mobile telecom provider in Uganda with 2.8 million subscribers will add to their current 4.6 million customers in Uganda and make them a strong force to reckon with. With a customer base of 7.4 million subscribers, Airtel will have a market share of 39% in Uganda’s telecom industry.

“This happens to be the first in-market acquisition in Bharti Airtel’s history. We believe this market consolidation offers great synergies by bringing together the best of Airtel and Warid to better serve customers in Uganda,” said Manoj Kohli, MD and CEO (International) of Bharti Airtel.

Airtel is ranked the fourth largest mobile services provider in terms of customer base globally has operations in 17 African countries, with an estimated 62 customers at the quarter ended December 31at 2012.

But for many Uganda customers of Warid, the worry is on whether all the low price calling, sms and internet packages that Warid was offering will continue, and whether Airtel can continue to push the price down for the benefit of customers as Warid has been doing.