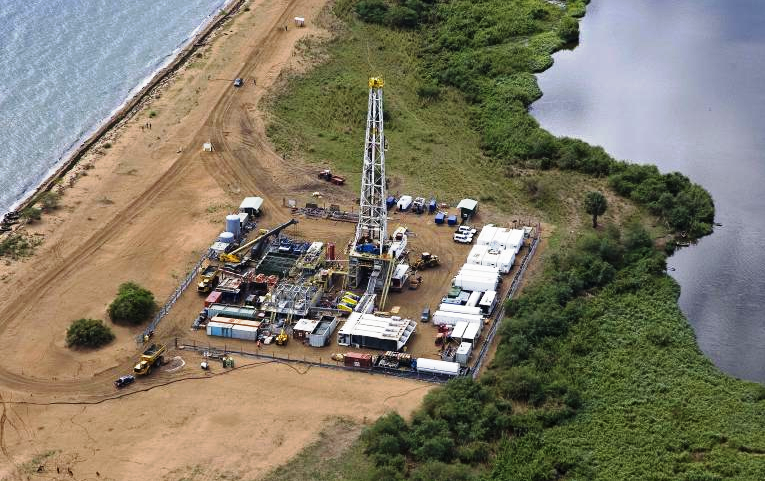 In 2006, Uganda discovered an oil field that is now locally known as the Kingfisher Oil Field. Plans for extracting oil were delayed due to several reasons, but one of  the biggest obstacles that the government faced was access to the site. The oil field can only be approached by helicopter or on water, making it difficult for workers to construct facilities near the oil field. As such, Uganda’s Prime Minister Dr. Ruhakana Rugunda commissioned a 10-kilometer
Ikamiro-Kingfisher road that provides the only access by road to the new oil field.

The road, which spans across a steep and rocky cliff was constructed by the China Communications Construction Company.

While commissioning the new road, Prime Minister Rugunda expressed confidence that the new oil field would be able to produce its first supply of oil by 2019.

“The Government and people of Uganda are very expectant of the fast-tracked development of this field by CNOOC Uganda Limited so that commercial production can be realized as soon as possible,” the Prime Minister said. Government expects CNOOC to complete Front End Engineering and Design (FEED) for this field before the end of this year, and prepare the field for production in the Financial Year 2018 or 2019.”

If everything goes according to plan, Uganda will become a major player in exporting oil. With the commissioning of the Ikamiro-Kingfisher road, companies that deal with the transportation of oil would be able to start operations. International engineering firms that have ties with prestigious IBBC-member companies would also be able to operate in the region using high-performance pumps for the extraction and transportation of oil.

Apart from the Kingfisher Access Road, the Ugandan government is in the process of commissioning other roads to aid the production and commercialization of the other discovered oil fields.