President Kenyatta walks from his office to meeting at Treasury 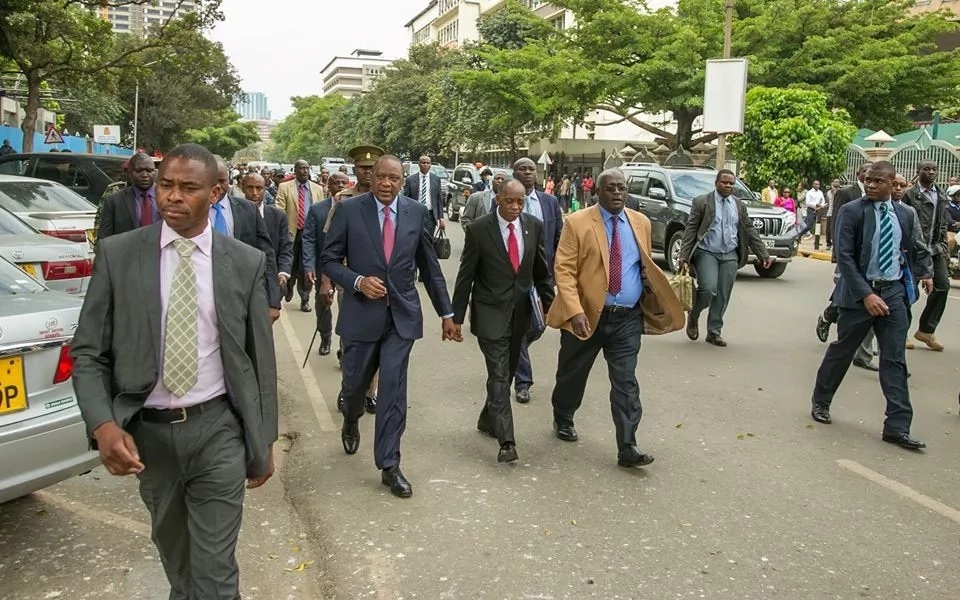 President Uhuru Kenyatta was on Wednesday afternoon spotted walking from his office at Harambee House to National Treasury located along Harambee Avenue a busy streets of Nairobi.

The president was accompanied by a contingent of government and State House officials as he trekked majestically while waving and shaking hands with few individuals.

At the Treasury, the President held a meeting with his economic team as part of his consultations before he outlines his plan to continue the country on its growth trajectory.

The President is due to outline his economic transformation plan when he addresses the nation on Tuesday. Wednesday’s meeting was the third time the President was meeting with the economic team in the last three weeks.

The meetings started after he won re-election in the October 26th repeat poll that was ordered by the Supreme Court. 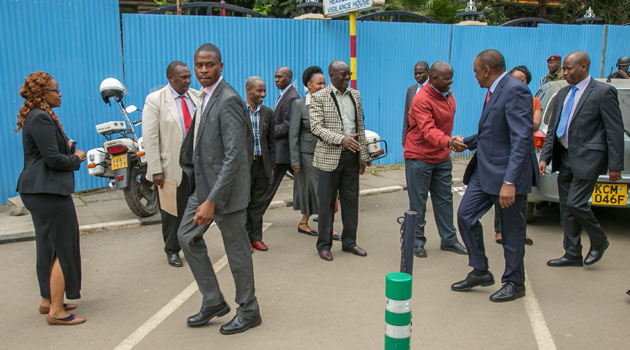 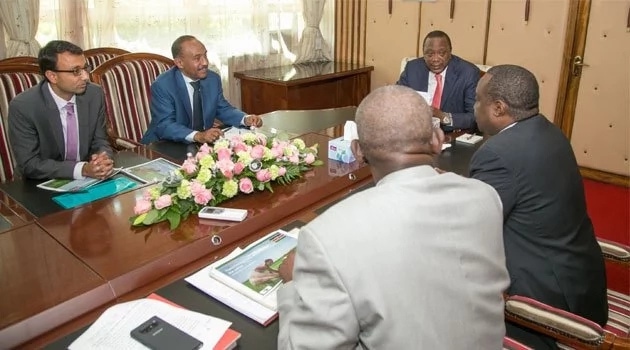 As soon as the photos of the meeting hit social media, Kenyans quickly descended on the comments section pointing out to him the glaring disparity at the meeting dominated by men.