By Thursday 17th May 2018, Watoto Church had not yet filed its defence.

Watoto church limited has been dragged to constitutional court over unrealistic wedding requirements imposed on couples intending to exchange wedding vows at the church. The Church is one of the biggest Pentecostal church in Uganda.

In the petition filed on Wednesday 16th May 2018 by Aboneka Michael, a practicing Advocate and Human Rights activist accused Watoto Church LTD of imposing rules that “violate fundamental human rights” on wedding couples before endorsing their union. He states that last April he booked for his wedding to be held at Watoto North Ntinda, one of the church’s celebrations branch in October 2018.

However, he was overwhelmed when stringent requirements were imposed on him by the church as a pre-condition to wed him and his companion. He states that the church asked him to present a letter of consent (blessing) from the parents of the bride-to-be, a pastor’s endorsement of fitness for marriage, evidence of HIV status tested at a specified hospital and a counseling report issued by the respective hospital. 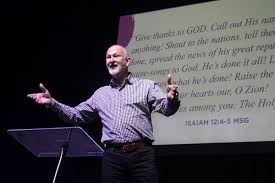 “Your petitioner has expressed interest to get married at the respondent’s church (Watoto Church) and made initial bookings with the respondent and is now in dilemma as his free will is constrained by the mandatory requirements that he insists that he has been asked to furnish before he can be wedded which he construes to be a violation of his fundamental human rights and acts that contravene the supreme law,” Aboneka states in the affidavit in support of his petition.

“I am essentially distressed because the mandatory requirement of the letter of blessing from the bride’s parents or guardians offends the right to free will and consent to marriage by the intending couples and is in contravention and inconsistent with Article 31 (1) & (3) of the Constitution,” the petition further reads.

About the mandatory HIV testing at a specified hospital and a counseling report from the respective medical facility,  Aboneka argues this requirement violates his right to privacy and is in contravention of Article 27 (2) of the Constitution.

He further states that the requirement for a letter of consent from parents of the bride-to-be and not from the parents of the groom-to-be, is discriminatory and undermines the dignity, welfare, interest and status of women contrary to Article 33 (4), 6 of the Constitution.

“This undermines the purpose of marriage which is sacrosanct as intending couples are coerced to comply with the above requirements that do not have a law standing,” the petition avers.

“I further believe that the mandatory requirements are not founded in any law as they are a mere innovation by the respondent and are therefore inconsistent with the Constitution which establishes the legal requirements for any form of marriage in Uganda.”

Aboneka has also filed an application before the same court seeking a temporary injunction stopping the Church from conducting any wedding using the same requirements until his petition has been disposed of.

Church leaders urge couples to take an HIV/Aids test in a bid to minimise the spread of the pandemic.
They also demand certain requirements for the intending couples by some churches to avoid marriages between close relatives or marrying from the same clan, especially spouses from the central region.

Through his lawyers, Mr Aboneka wants the court to annul all marriages the church has conducted under the same requirements and declare that the aforementioned requirements are irregular, unfounded in law, unconstitutional.
He also wants the court to restrain all churches and mosques from making similar requirements.
By Thursday 17th May 2018, Watoto Church had not yet filed its defence.

However on Friday 18th May 2018, a public poll flagged up by Daily monitor on Facebook revealed that the majority of the people found these rules okay. Participants, who identified themselves as Christian or further more members of Watoto Church expressed discontentment over the petition and advised the petitioner to find another Church whose rules he finds appropriate, or sit around a table with the Watoto Pastorate over the matter.

“There are a thousand couples Watoto Church has wedded and still wedding more and those couples have been able to meet the standards the church has set. So what’s the problem with that couple? Let them find another church that has no standard rules to endorse their marriage. By the way, these rules are there to safeguard your marriage from family issues in future,” Social media user under account name, Akankwasa Moses said.

“The rules are not strict but reasonable. If any body thinks they are too much then let them go to other churches or legal practioners and marry from there,” Kisakyamukama Esther said.

Jackson Omega said: “All those conditions are not Biblical. They are man made. So I encourage that man to speak with the senior Pastor of Watoto Church to streamline those conditions for him to wed. But not to sue the church. The Apostle Paul advised the Corinthians not to sue brother in Christ in court. But to go to the elders among you to sort out any matter arising among brothers- Read 1 Corinthian 6:7. It’s not Biblical for a brother in Christ to sue in court a Pastor or church that is unbelieving behavior. A believer in God must adhere to the WORD of God. Not thinking like non-believers. That man must be careful least God stands in court to ashame him.”

“But surely suing Watoto church because of such lame excuses is uncalled for. We serve a God of order.There so many options. If he feels he can’t agree with the set rules let him find another church to wed from. Unless he’s hiding his HIV status from the bride there is absolutely nothing wrong with the rules. Life is a choice not chance.” Vicky Kayanja remarked.

Owen Romeo said, “For a serious person/couple,that should be looked at as a small thing and so advantageous for not only commitment but healthy relationship and marriage.”

Other rules imposed by watoto include;

Requirements by the Muslims

The section of Christians or otherwise  which supported the petitioner noted that the restrictions can be a “night mare” and are “uncalled for since some of those issues are legally confidential.”

Levis Karugaba, a practicing lawyer with MACB Advocates said, “Our Marriage Laws are clear and they have not been amended to effect all the above conditions. Without fulfilling the church’s conditions does not render your marriage illegal.  What I know is that where there is an express provision of the law relating to doing any act, that law takes precedent.”

He added: “The constitution under article 31 clearly establishes the requirements for marriage, and under article 2 it is expressed that any other law, practice or any other act that contradicts the provisions of the constitution are null and void. In my opinion, the church’s conditions set for one to be married are in total violation of the Law.

Mpagi Moses said: “I don’t think churches should put such strict rules because love is between two people not between people and church.okay, the first and third can work but not that necessary. It’s God who binds the two people together whether one is HIV positive and another is not

“As long as the two people have agreed to get married – and to take the church to court is also not necessary. Because if Watoto church has refused to marry you together, go to another church.  Those are the principles of Watoto. If you can’t fulfill them, just quit there are so many churches and mosques that bind loved ones,” he added.

Below is a copy of the the petition