Arsenal named Unai Emery as their new manager on Wednesday, with the Spaniard reportedly signing a two-year deal at the club. 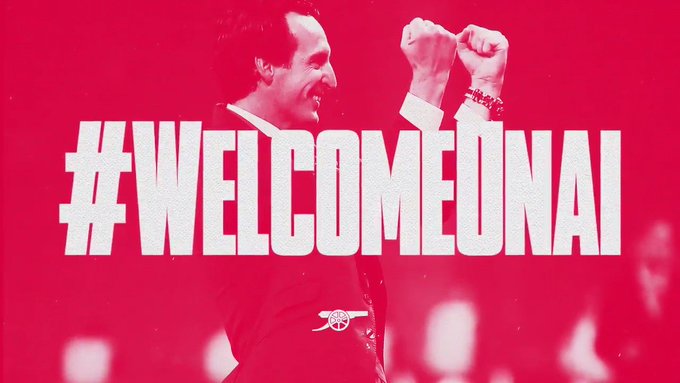 Emery told Arsenal’s official website he is “thrilled to be joining one of the great clubs in the game,” and “very excited to be given the responsibility to start this important new chapter in Arsenal’s history.”

He added: “I have met Stan and Josh Kroenke, and it’s clear they have great ambitions for the club and are committed to bringing future success. I’m excited about what we can do together, and I look forward to giving everyone who loves Arsenal some special moments and memories.”

According to BT Sport, Emery has put pen to paper on a two-year contract.

After the recruitment of Sven Mislintat as their head of recruitment and Raul Sanllehi as their head of football relations, the Gunners have adopted a more continental model of operating. As such, Emery will not have autonomy over the running of the club, like his predecessor Arsene Wenger did for so long.

Emery, 46, left Paris Saint-Germain after winning five major trophies in two years, having won the Coupe de France and Coupe de la Ligue in his first season and the domestic treble in his second campaign as he regained the Ligue 1 title from Monaco.

Per OptaJoe, Emery has left behind an excellent record in the French top flight: 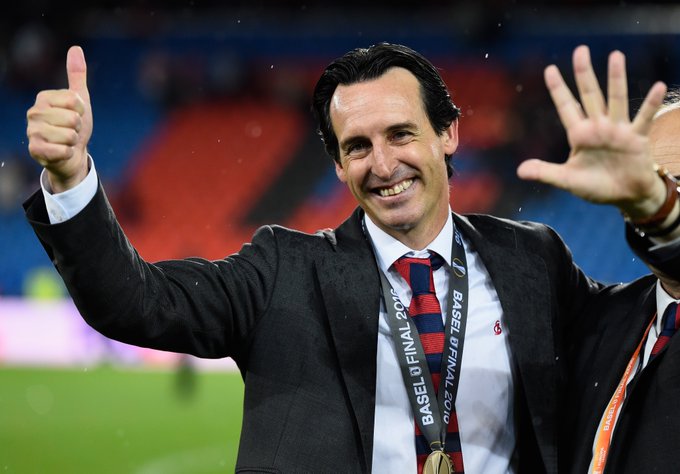 Prior to joining Les Parisiens, the coach guided Sevilla to three consecutive UEFA Europa League titles between 2014 and 2016. They finished fifth in La Liga in his first two seasons, and seventh in the final campaign.

Emery also had a strong spell at Valencia. While he did not pick up any silverware with the club, he was able to guide them to third place in La Liga three years running despite the departures of players such as David Villa, David Silva and Juan Mata during his time there.

Arsenal will be in the Europa League next year, so having a specialist in that competition could enhance their chances of winning it, which will give them qualification to the UEFA Champions League if they’re unable to secure it by a league finish.

His record in Europe’s elite competition isn’t as inspiring—he failed to take PSG past the round of 16 and let slip a 4-0 lead to Barcelona in his first year—but challenging in it isn’t an immediate priority at Arsenal.

Jonathan Northcroft of The Sunday Times is a little underwhelmed by Emery’s appointment, while ESPN’s David Cartlidge thinks former club captain Mikel Arteta would have been a more exciting choice, despite his lack of experience:

It’s not that Unai Emery is bad, it’s just that he strikes you as the 6th best manager among the managers at the top six

Overall, Emery an underwhelming appointment, doesn’t really profess good or winning football. Too pragmatic, dogged by stubbornness with his systems.

Arteta was exciting due to being an unknown, the freshness of him starting his coaching career was intriguing. If you don’t go down that road, you go elite. Emery is not elite, always in the rung under that. Maybe one even further below.

It does feel as though the Spaniard has been chosen as a safer option, but after years of decline under Wenger it’s an understandable approach—they can ill afford to tumble further down the league and away from their rivals.

There’s also plenty of merit to his appointment, thanks to his impressive haul of trophies and track record of strong performances with sides on relatively limited budgets like Sevilla and Valencia.

He’s a shrewd tactician, with a meticulous approach to the game and in dealing with every opponent. In the latter sense, he’s much more adaptable than Wenger, who rarely had a Plan B to call upon when Arsenal were struggling or made strides to counter opponents’ strengths.

Rebuilding Arsenal will arguably be the most difficult job he has faced in his career, and it most likely will not all be smooth sailing for Emery, but his appointment nevertheless has the potential to bring plenty of success to the Emirates Stadium.