Andy Murray reveals he ‘getting closer’ to a playing return following hip surgery as he targets full fitness for Wimbledon on July 2.

The Scot has not played competitively since last year’s Wimbledon, undergoing surgery at the turn of the year in a bid to cure his injury woes. 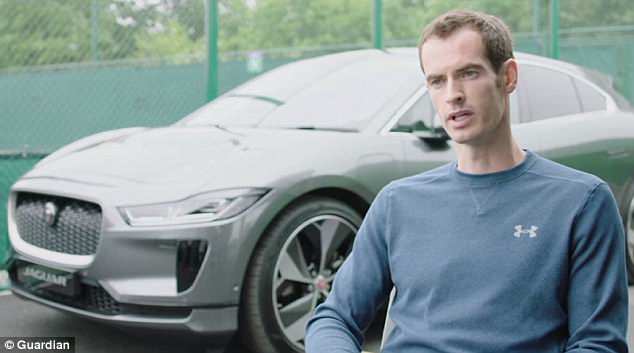 With the SW19 tournament fast approaching, Murray says he has returned to training and playing in the grass court season remains his aim.

Speaking in a video on the Guardian’s website, Murray said: ‘It’s been very slow, I’ve been out getting close to a year now which is a lot longer than I expected at the beginning.

‘I’m getting closer to playing again, I’ve started training a few days ago, hoping to make my comeback during the grass court season.’

Murray’s mother Judy talked up her son’s return in time for the grass court season recently and the double Wimbledon champion is down to play the Libema Open in Rosmalen, Holland next week.

‘He knows what he still wants to achieve in the game. He is getting closer to where he wants to be.’