Undoubtedly the transfer deal of the summer to date, Cristiano Ronaldo's move to Juventus is still providing plenty to talk about after it was revealed that his medical showed that the 33-year-old has the physical age of a 20-year-old.

In the kindest way possible, Cristiano Ronaldo is a freak of nature and his medical results at new club Juventus back up that statement.

It has emerged that the striker’s physical state has been compared to a 20 year old after results in his medical show that he has 7% body fat when the average for a professional footballer of his age is 10%, and 50% of his body is muscle mass, compared to 46% on average and an incredible 50% muscle mass, which is significantly better than his fellow professionals of that specific age group.

The muscle mass of Ronaldo’s body is 50 percent

Not only that but the 33-year-old ran 33.98km at the World Cup, which was faster than anyone at the tournament. He just continues to smash records, despite his age.

Before he joined the Turin side earlier this month, Real Madrid‘s coaching staff performed a series of tests on Cristiano Ronaldo‘s body and the results indicate that he had the physical condition of a 23-year old. 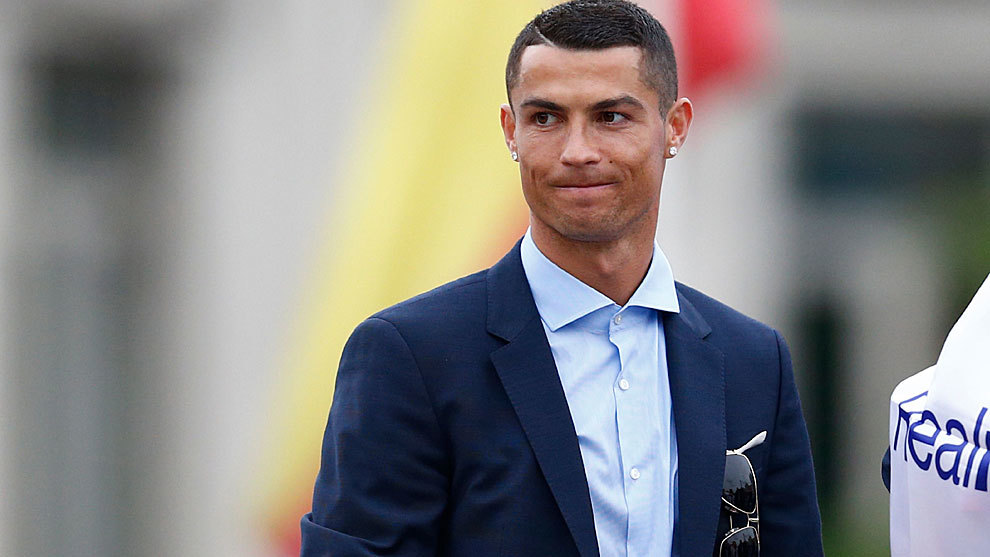 Although he isn’t as quick as he used to be, the five-time Balon d’Or winner still has pace to burn. According to Spanish newspaper AS back in 2017, the maximum speed that Cristiano recorded was of 33.25 km/hour.

If you compare that to Manchester City‘s Leroy Sane, the German winger became the Premier League‘s fastest when he was recorded running at 35.48 km/hour.

Ronaldo jumped over 2.3m to score one of the greatest Champions League goals of all time against Juventus last season

Ronaldo again proved his unbelievable physical presence during Real Madrid’s win against Juventus in the Champions League, jumping over 2.3m to score one of the greatest Champions League goals of all time.

He even practiced his overhead kick goal a day before during Real Madrid training, so it definitely wasn’t a fluke.

Cristiano Ronaldo chants ‘Juve, Juve’ as £100m man is greeted by hundreds of excited fans as he undergoes medical at the Allianz Stadium