"These cannot be mere casual people. For example, the death of Ibrahim Abiriga, these could have been sharpshooters but had never got a chance to practice this at the battle ground," 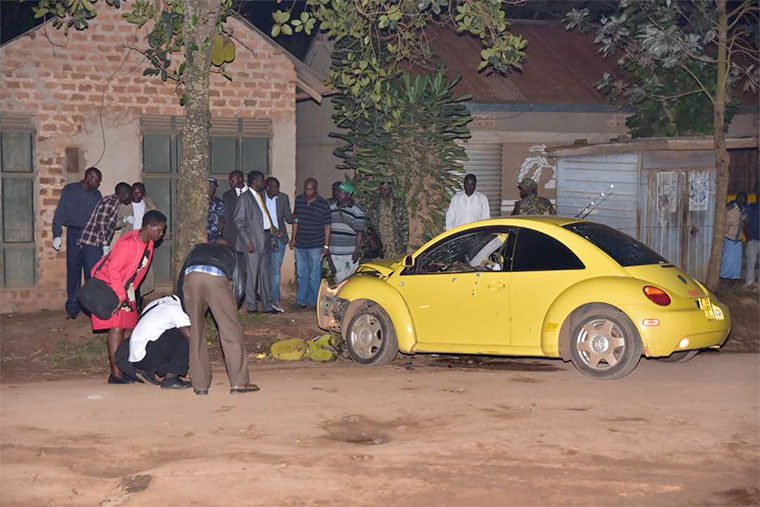 The Minister of State for Water, Ronald Kibuule, has said security officials are behind the recent assassinations of top government personalities stating that the Armed personnels are so close to the civilians which has resulted to misuse of Arms.

“Initially, there was fear of the gun. But because of the friendly nature of the forces, the gun is not feared now, which is an achievement as NRM. Our armed officers are very close to the population and that has come with the challenge of misuse of the weapon by killing Ugandans,” Kibuule said.

He continued to say that the assailants are trained and execute the killings with such perfection and professionalism that cannot be executed by a layman. Asked whether the reference ‘armed officers’ meant the security officials, Kibuule said “Yes, these are security officials and trained. When you look at the killings that have happened, they are done professionally. This is what I call misuse of arms by our comrades the armed officials. The killers have been smart, they have used boda bodas to run away. They cannot be just common wanainchi. Eyewitnesses said they shoot using one hand, nobody can do this unless they are experts.”

“These cannot be mere casual people. For example, the death of Ibrahim Abiriga, these could have been sharpshooters but had never got a chance to practice this at the battle ground,” he added.

Kibuule urged security agencies to investigate the killings to find out why people are dying in a similar way (shooting).

“We need the security apparatus to come top on these particular issues. People are continuing to die; they are putting our security in the country at stake,” Kibuule said.

Uganda has witnessed the killing of more than five big personalities in government and several others in the religious circles in less than 4 years.

The recent murder of Arua Municipality MP Late Hon. Ibrahim Abirirga was the last to be witnessed in the country and tends to be the base of Kibuule’s claims. It should be remembered that Abiriga was shot dead alongside his bodyguard by gunmen moving on motorcycles in Kawanda on Bombo Road.

After the assassination, some Members of Parliament (MPs) tasked the government to provide protection for fear they would be the next targets.

President Museveni. thereafter ordered the Ministry of Finance to procure bulletproof escort cars manned by sharpshooters as extra protection to the legislators.

The decision however, sparked a storm among the civil society, general public and some MPs, questioning its justification and cost implications.

So Opposition MPs said they would shun the escort vehicles, arguing that security for the general public is more critical than the individual protection.

However, Kibuule noted that its cheaper to protect an MP with an escort car and sharpshooter than bury and organize a bi-election.

“Ensuring Ugandan security is key but securing an individual’s security is key, especially for some figures. We are a representation of a bigger society that is why we are called MPs. We can be targeted for different reasons,”

“They need to be protected but the only problem is the money to procure the protection. We will spend much more money to give MPs state burials and later conduct by-elections than buy for them the pick-ups. We shall get softer solutions to this,” Kibuule lamented.

Police spokesperson Emilian Kayima said he could not confirm the allegations of the minister until all the ongoing cases have been cordially investigated.

“I do not want to be taken like I am answering him but we need to get to the bottom of the investigations before we draw any conclusions. Yes, there can be some cases of misbehavior, negligence and careless mistakes but since no one has been convicted, I cannot confirm anything,” Emilian said.

Uganda People’s Defence Forces (UPDF) deputy spokesperson Deo Akiki declined to comment on the issue because of its sensitivity and referred the Matter to his boss, Brig Richard Karemire.

“It is a minister making a statement here, I would not want to answer him because the issue is sensitive. You can talk to my boss for a comment or the Minister of Internal Affairs,” he said.