Cristiano Ronaldo looks loved-up as he throws girlfriend Georgina Rodriguez into the ocean during their holiday in Ibiza.

Juventus‘ new £99million star appears to be without a care in the world as he jokes around with his stunning other half on a yacht. 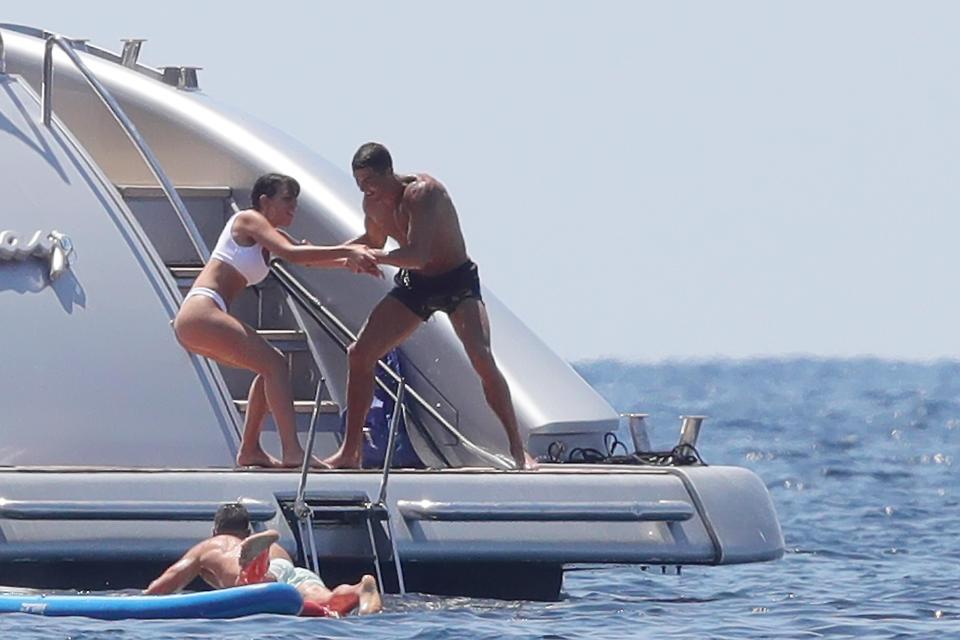 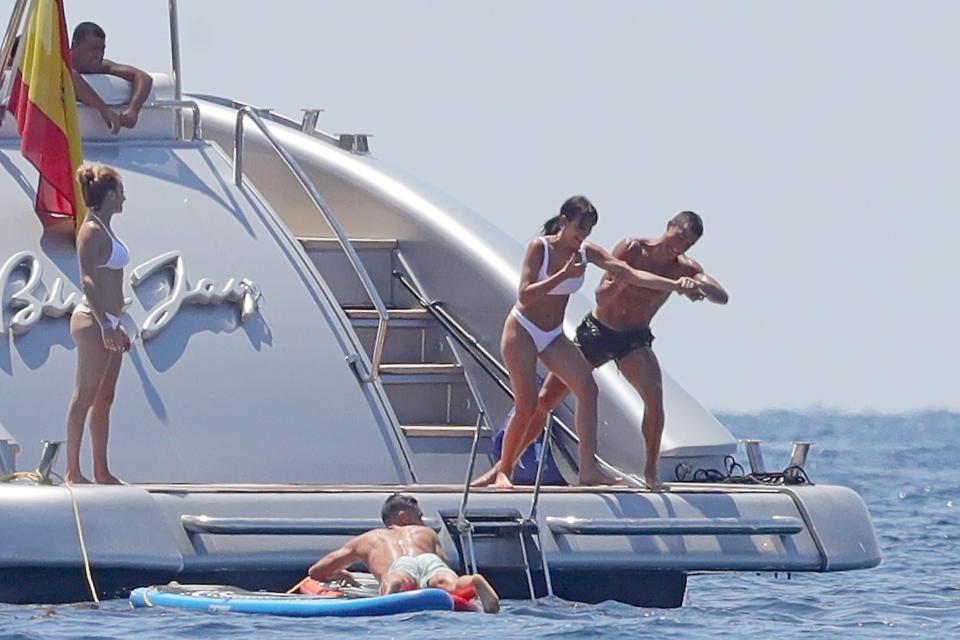 Cristiano Ronaldo gets the better of Georgina Rodriguez on the yacht

The love-sick couple can be seen play-fighting on the edge of the boat before Ronaldo hurls Georgina into the water.

Juventus will be hoping Ronaldo – who has since returned from the Spanish party island – jumps straight in at the deep end when he makes his expected debut on August 18 against Chievo. 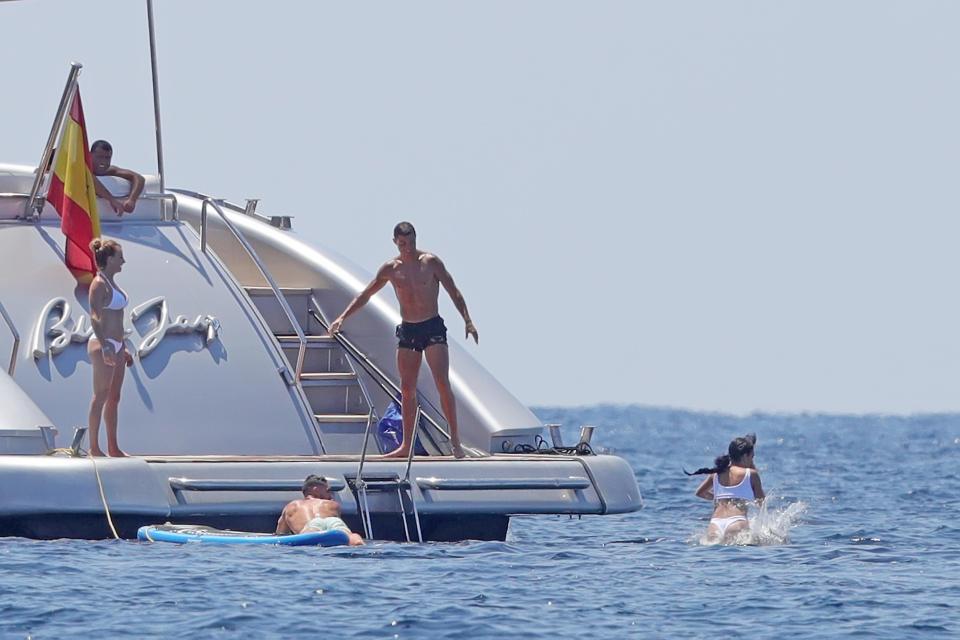 The Italian giants know they will get the best out of the 33-year-old after he revealed joining Juventus is “not a holiday”.

He said: “Usually players of my age go to Qatar or China, with all due respect, so coming to such an important and outstanding club at this point of my career makes me very happy.” 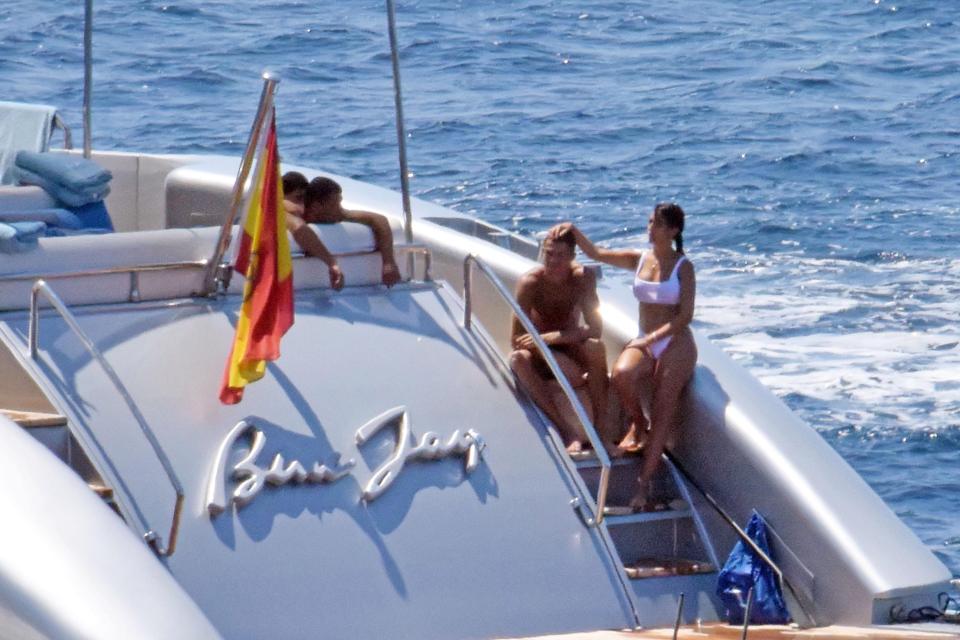 “I’m very well physically, mentally and emotionally so that’s why I’m so proud of being here and of the way I came here,” he said. “It gives me so much motivation for the future.

“I’m different from all the other players that think their career is over at my age. 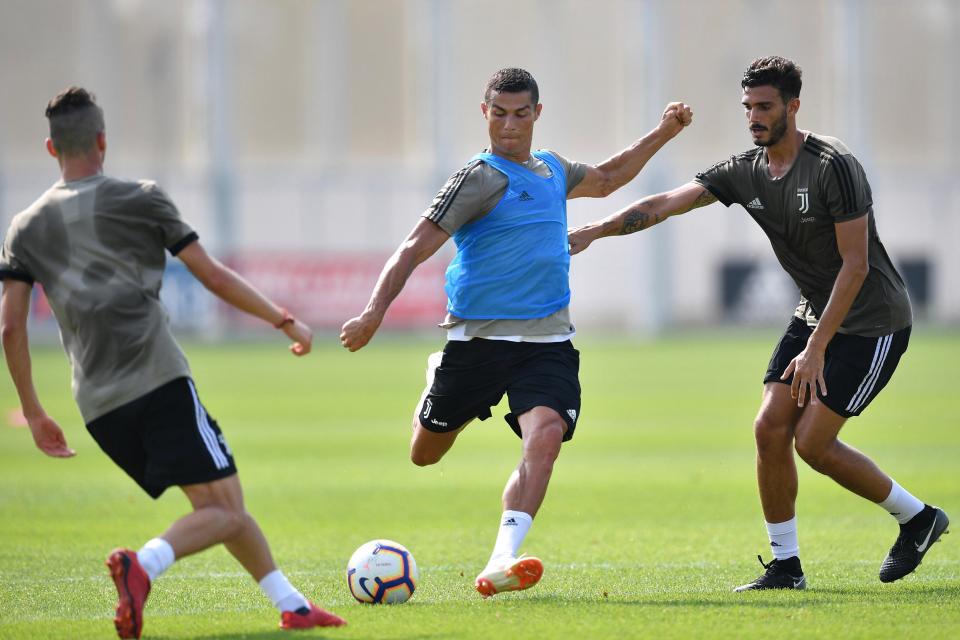 “I really want to show I’m not like the others, I’m different, it’s a very emotional moment for me and the club because I’m not 23, I’m 33.”

Ronaldo returned to Juventus at the end of July to meet his new team-mates and begin training. He had been given a bit of extra time off to recover after his World Cup campaign with Portugal, where they were beaten by Uruguay in the last-16.

The five-time Ballon d’Or winner was yesterday pictured shopping with Georgina, 24, in Milan as the pair get used to life in Italy. Ronaldo seems to have no regrets about leaving Real Madrid – after unfollowing the club on Instagram.

Watch different leagues around the world live on the following channels:

Click on the any of the Channels to register and log in to watch for one month free.