Cristiano Ronaldo's stunning overhead kick in the UEFA Champions League quarter-finals for Real Madrid against his current club Juventus has been voted as UEFA.com Goal of the Season.

Cristiano Ronaldo‘s stunning overhead kick in the UEFA Champions League quarter-finals for Real Madrid against his current club Juventus has been voted as UEFA.com Goal of the Season.

Ronaldo’s strike, which was applauded on the night by his opposing – and it turned out future – fans, topped the poll with nearly 200,000 of the total 346,915 votes. He succeeds his new Juve colleague Mario Mandžukić, who won last year for goal against Madrid in the UEFA Champions League final, while Lionel Messi took the award in both 2014/15 and 2015/16.

The annual UEFA Goal of the Season competition honors the most spectacular goals scored during the past season in UEFA Champions League, Europa League and international fixtures

The runner-up was Dimitri Payet‘s goal in Marseille’s 5-2 UEFA Europa League defeat of RB Leipzig, while third place went to Eva Navarro‘s goal for Spain in their Women’s U17 EURO final victory against Germany in Lithuania in May.

This year’s 11 nominees were selected by UEFA’s Technical Observers, with one for each of the main UEFA competitions were been active over the past 12 months. Only goals registered in UEFA club or international fixtures were eligible for consideration. 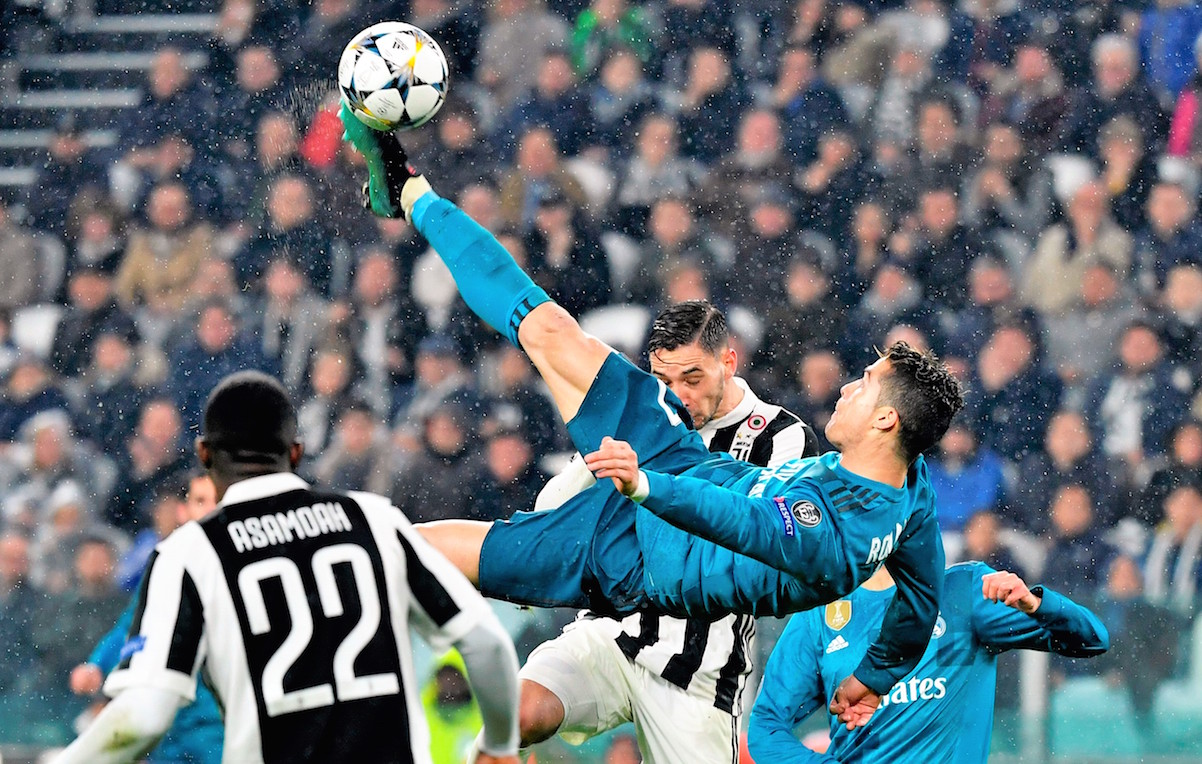 Cristiano Ronaldo’s overhead kick for Real Madrid against his current club Juventus has been voted UEFA.com Goal of the Season

UEFA Technical Observers say: An outstanding dribble and shot with the outside of the foot at an important moment in the tie.

UEFA.com Goal of the Season roll of honour