Uganda Cranes and FUFA top officials were hosted by President Yoweri Kaguta Museveni at State House Entebbe at a function he organized to celebrate the 56th Independence Day with the team and football fraternity ahead of Saturday’s AFCON Qualifier with Lesotho at Namboole stadium. 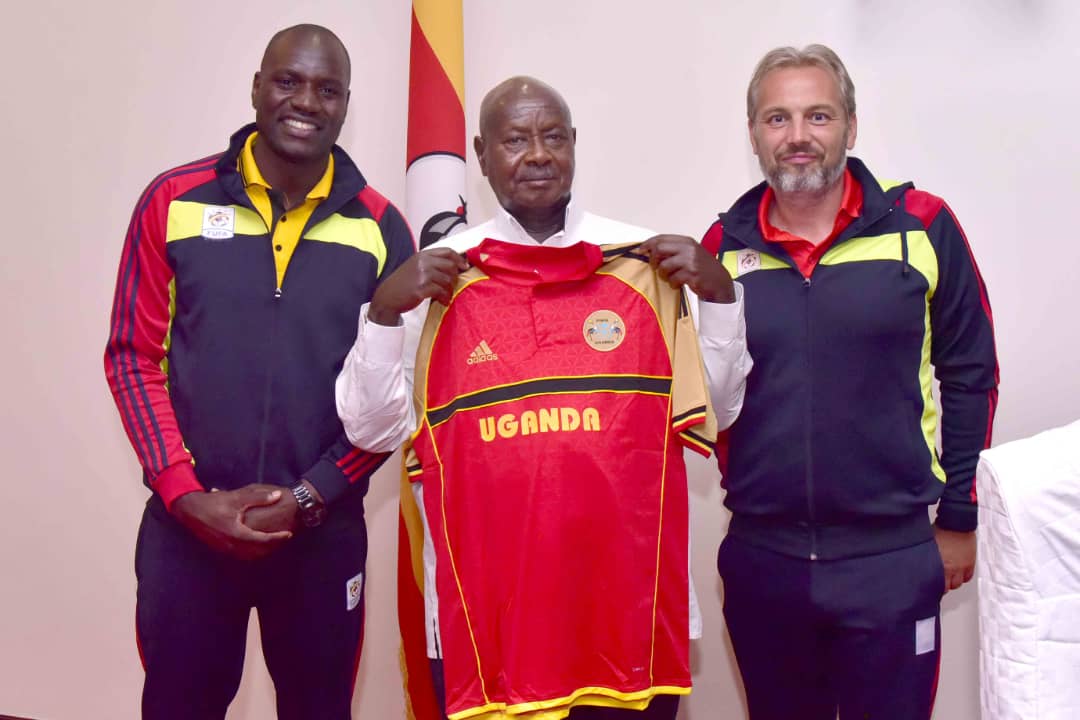 In a jolly mood, the President discussed football matters with the contingent before he announced his offer of a chartered flight to fly the Cranes to Maseru for the reverse fixture against Lesotho to be played on Tuesday 16th October, 2018.

President Museveni congratulated the team for posting results that have kept the Cranes on top of the group in the campaign but urged them to work harder against Lesotho on Saturday.

“I have been following you of recent and I thank you for the performance but we need to work harder for better results. I have offered you a chartered plane to Lesotho and UGX 200M to help you get good results” said President Museveni

Speaking on behalf of the players, team captain Denis Onyango appreciated the President and the First Lady Janet Museveni (Minister of Education and Sports) for the recent support towards the Cranes and football. 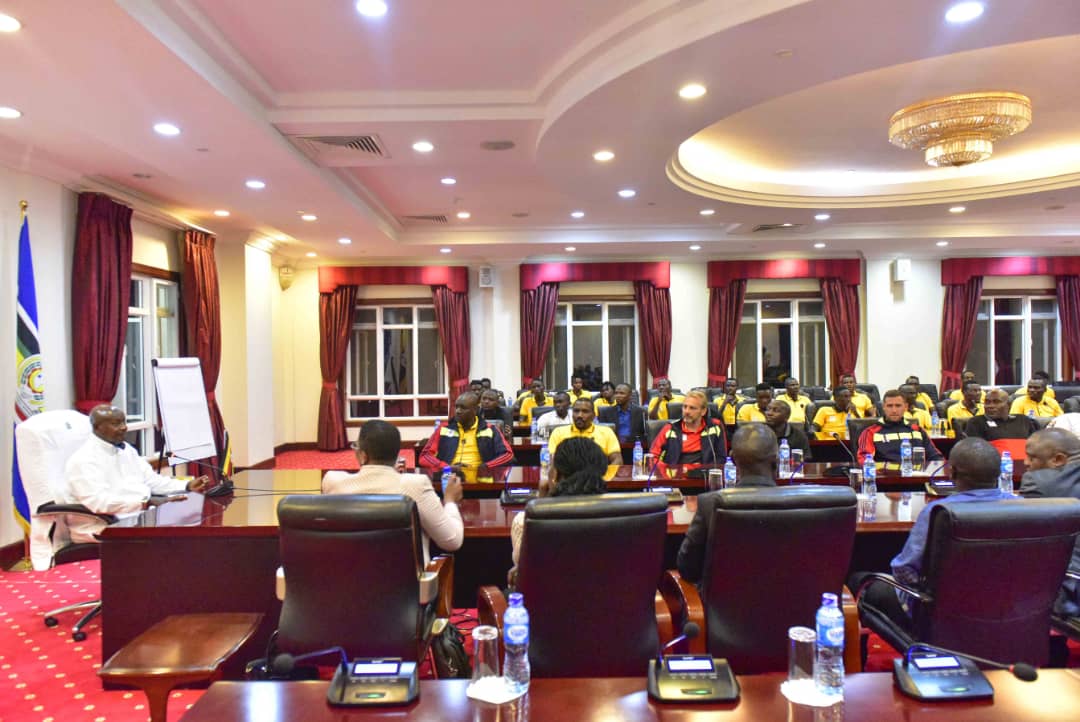 “The support from the President is a sign that he follows and loves sports. Football has been picking good results partly because of such support from the fountain of honour and office of Education and Sports. This offer will help the team fly in time to Maseru for the game” said Justus Mugisha.