President Yoweri Museveni has heaped praise on Japan as he was commissioning the $125Million Source of the Nile bridge in Jinja on Wednesday.

The bridge which started in April 2014 was funded by both the government of Uganda and the Japan International Cooperation Agency with 20% and 80% respectively.

Flanked by his wife Janet Museveni and other ministers, the President while speaking at the bridge launch in Jinja gave great thanks to the Japanese for the support to Uganda for the past 56 years.

“Japan has been our partners for the last 56 years,” Museveni said.
“They help us through projects like this and we also help them by buying their cars.” 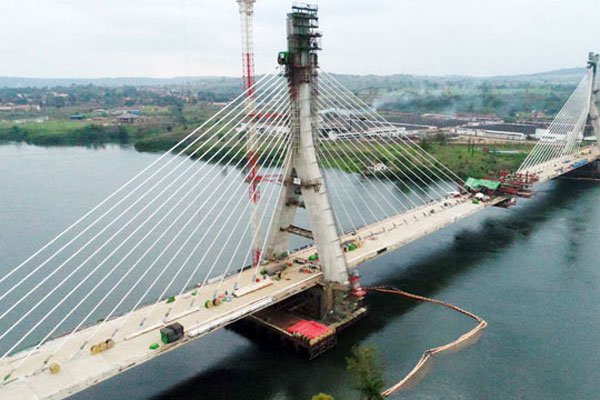 The source of the nile bridge was funded by both the government of Uganda and the Japan International Cooperation Agency with 20% and 80% respectively.

The president added that Uganda has received aid of about $ 1.2billion from Japan.In return, Uganda continues to support Japan by importing its cars, iron products and machinery.

The president was amazed by the participation of Ugandans in providing labour towards the construction of the bridge.

He also said this is one of the projects and among others incoming are the Entebbe Expressway and hydro power plants.

“I was told that 90% of the 760 contractors’ staff, craftsmen and labourers were Ugandan,” he said.

“This is a season of big projects. This is just one of them. As you heard I recently commissioned the Entebbe Expressway; the following year I will be commissioning a number of hydro power plants, “he added.

However, no bodaboda motorcycles and bicycles will be allowed to use the bridge.