Cristiano Ronaldo became the first player to score 400 goals in Europe's top five leagues as Juventus dropped points for the first time this season when they made a 1-1 draw against Genoa.

Cristiano Ronaldo became the first player to score 400 goals in Europe’s top five leagues as Juventus dropped points for the first time this season when they made a 1-1 draw against Genoa.

Ronaldo’s fifth Serie A goal for Juventus was added to his 84 Premier League goals he scored for Manchester United and 311 in La Liga for Real Madrid.

Ronaldo scored the goal tapping in from close range after Genoa failed to clear their lines when Joao Cancelo‘s shot took an awkward deflection inside the box. 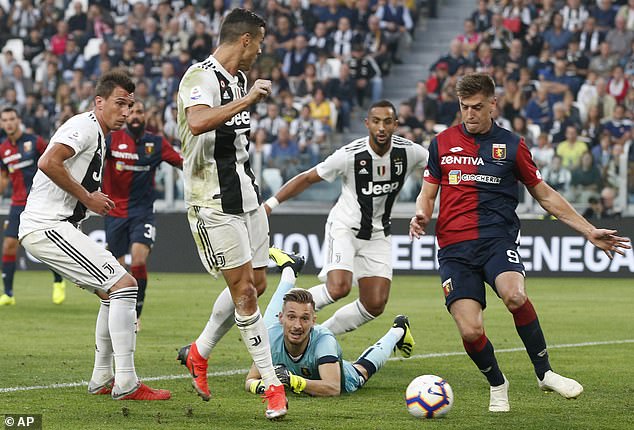 Ronaldo’s milestone puts him 10 goals above the second top scorer in Europe’s main leagues, Lionel Messi – who scored his 390th La Liga goal for Barcelona in their 4-2 win against Sevilla.

However, Juventus’ perfect start to the season came to an end in Turin on Saturday as Genoa earned a 1-1 draw and the visitors dropped the first points this season.

The hosts dominated most of the game having 21 shots but only three were on target – all from Ronaldo, who had 11 efforts in total in the first half of the game. The draw left the defending champions four points above second-placed Napoli who won 3-0 against Udinese later on Saturday.