Pep Guardiola has come out with his say following Manchester City fans’ pressure on his team to win the Champions League.

The Blues boss feels that the supporters’ relative indifference to the elite European competition is holding City back in their quest to scale the summit in a competition he won twice with Barcelona. 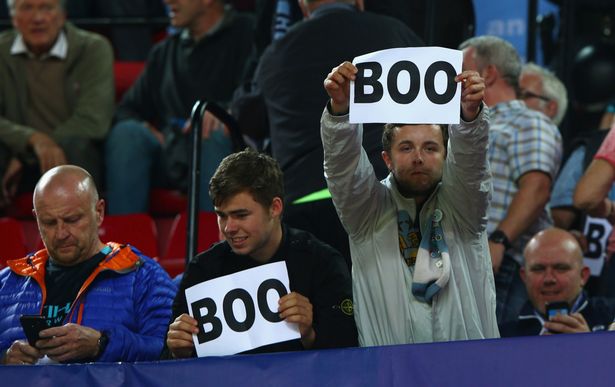 City’s supporters still booed the Uefa anthem and the home game against Lyon saw thousands of empty seats, with many supporters believing the Premier League is a bigger target.

“That’s not enough that the manager wants to win it,” said Guardiola. “It’s not just the players. You have to have the desire – the club, chairman, owner, the fans, everyone has to push to be closer, to achieve the next stages, and when it happens, everyone will feel it.”

“It’s one important thing to win this kind of title, you have to be pushed, not just by the manager, but by everyone surrounding Manchester City that we have to win it – and still we don’t have that feeling.” He said.