The International Criminal Court (ICC) has set the date against the former commander of the Senior Brigade of the Lords Resistance Army(LRA) Dominic Ongwen to 6th December 2016. The Hague-based court according to the press release, said it will only hear out the opening statements on that day.This will then be followed by the presentation […] 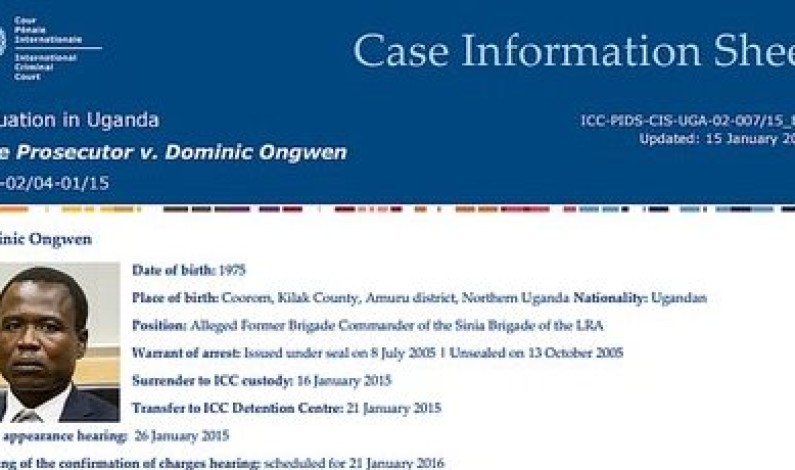 ICC outreach officer for Uganda and Kenya, Maria Mabinty Kamara confirms to the media that the pre-trial for former LRA rebel Dominic Ongwen kicks off tomorrow in the Hague and will last for only 5 days. Addressing a a news conference today in Kampala, Kamara mentions that during the pre-trial process judges will examine the charges […]

The International Criminal Court (ICC) is prepared to charge Joseph Kony in case he has been arrested. Intelligence reports and the information the government is getting from satellites show that the LRA leader Joseph Kony is about to be arrested. As a consequence, Joseph Kony’s lawyers in Kampala have gone to Hague and settle with […]