Tullow oil, the leading oil prospecting company in Uganda has revealed it is about to conclude the purchase of Heritage Oil’s stake in the Kingfisher1 block where most of the oil wells confirmed in western Uganda are located. 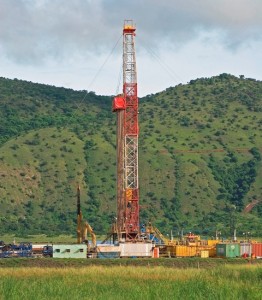 Heritage oil and Tullow oil had 50% -50% license stake in the Kingfisher1 block. Heritage Oil decided to sell its stake in the promising Uganda oil and despite several offers from Eni among other big oil companies, Tullow Oil held on to the first priority of purchase clause in their joint agreement which gives the partner the fist option to purchase if the other partner opts out and decided to sell their stake in a jointly held venture.

While releasing the Group’s half year results on Tuesday, Tullow Oil said in a statement that the finalization of the takeover of the Heritage oil stake will add immense value to Tullow Oil, which is listed on the United Kingdom stock exchange.

The statement said the government of Uganda is about to approve the purchase of Heritage assets in Uganda by Tullow Oil Uganda, after the company reached an agreement with the government of some contentious clauses of the sale. President Yoweri Museveni told Ugandans last month that Uganda will make 400 million dollars from the sale of Heritage assets in form of tax revenue, but Tullow Oil Uganda has insisted as a “local” company, their purchase should not be taxed to that extent.

“Approval for the sale of Heritage’s Ugandan interests to Tullow is expected as soon as a process is agreed between Heritage and the Government of Uganda to finalise outstanding issues,” the statement reads in part.

Tullow oil says that Group working interest production averaged 55,800 boepd (barrels of oil per day) for the first half of 2010 and is expected to average between 56,000 and 57,000 boepd for the full year, in line with expectations.