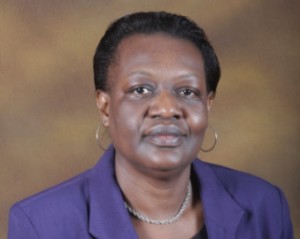 The Inspector General of Government has created a special investigation unit with specialized investigators who will deal with handling urgent complicated corruption cases and recoveries. This was disclosed by the IGG Justice Irene Mulyagonja while appearing before the legal and parliamentary Affairs committee chaired by Stephen Tashobya to defend the Directorates budget of 40 billion shillings.

Justice Mulyagonja said that her directorate needs about 40 new staff including the special investigators for some complicated cases related to corruption so as the they do not lose their track in court. She said that most cases in the anti corruption court are being committed  in syndicate manner by corrupt persons and  it’s not easy to catch them  unless there is in-depth investigations done to the gist. However, Justice Mulyagonja is stuck where recruiting such staff is involved because the ministry of finance has failed to allocate 3 billion shillings to recruit the new required staff. She said that their capacity to fight corruption is constrained by inadequate funds.

In 2015 the  inspectorate of government registered 1,249 complaints of which 518 were registered at the head office and 699 at the regional offices across the country. They also investigated and concluded 1,435 corruption complaints out of the annual target of 1800. Of these 272 were investigated in ministries, departments and agencies and local governments. Arising from the investigations, 185 million shillings was recovered and 31 arrests were made.

The  IGG said there are three major investigations going on which includes, the on going UNRA on Mukono- Katosi road, one on local governments and the ministry of health after public complaints during elections on the deteriorating conditions of hospitals and health in general. The committee members showed commitment to the IGG and promised to help them realize these goals for the financial year 2016/2017.