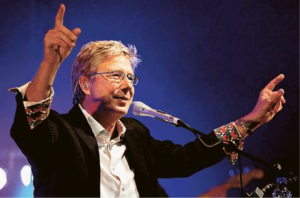 Re-known American Gospel Singer, Don Moen, has come out to refute claims that he had died of stomach pains by tweeting about him and his family in a presumed countryside.

News of his purported death had on Wednesday been awash on social media before Moen finally debunked it with a photo with his family members.

“Am American singer-songwriter, pastor evangelist, Don Moen has died after a short battle with stomach pain. His family confirmed that he died early this morning at the General Acute Care (GAC) Hospital in Carlifornia shortly after being rushed to the hospital,” the false message read in part sending most of his gospel music lovers in a frenzy mood who turned to social media platforms Facebook and Twitter asking questions.

The false death news of the “God Will Make Away” hitmaker who has been in Uganda and other African countries on several occasions for concerts and projects had hit his music lovers so hard with many doubting the source of the news. One supporter on Facebook posted; “No this cant be true.He has been an inspiration to me.Please some one give me an answer quickly,” she said in a desperate tone, before later coming back to say,” It’s good the news was afterall a hoax.We love you Don, may God protect you for many years to come”.

However, in a response tweet later in the day to prove he was still alive, the singer had uploaded a family photo of himself, his father, his own son and two of his grandchildren presumably in a country side home.

The gospel singer super-star visited Uganda in June 2014 where he held a three-day concert at Serena hotel dubbed: Don Moen “God Will Make A Way,” live concert which attracted thousands of people from all walks of life.

It is not yet known were the false news originated from but however, social media has become a source of false news especially of prominent people with Uganda being no exception.

It is most common nowadays with those who fall sick and are rushed to hospital. 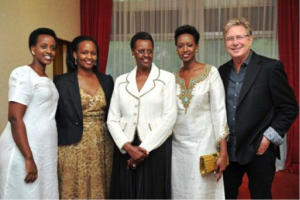 Don Moen poses for a photo with the First Lady, Janet Museveni and members of her family.

Police has in the past warned people against such posts but the practice seems to be continuing with a recent case being that of Ssebana Kizito who was admitted to Nakasero hospital for suffering a stroke although he died 2 weeks later.