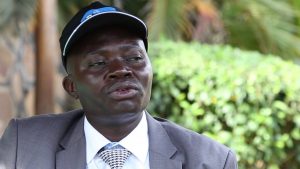 The Member of Parliament for Bunya East in Mayuge district, Waira Majegere, has called for the disbanding of a notorious Boda boda group commonly known as Boda Boda 2010 which he says is in the habit of  mistreating  and harassing  other boda boda readers in the country.

Majegere told last week informed Parliament that this bodaboda group is going around beating up, harassing, arresting bodaboda riders and extorting money from them.

He pointed out that they arrested one bodaboda rider, Karim Nyago, in Makindye and confiscated his motor cycle while  demanding from him 100,000 shillings for his release.

He said that such illegal acts of bodaboda 2010 calls for the law regulating the bodaboda operations.

State Minister for Internal Affairs, Obiga Kania, however told Parliament that he has never heard about such a group but promised to investigate the matter.