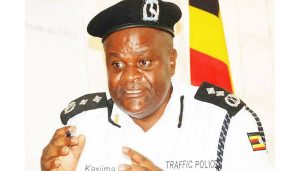 The Parliamentary Physical Infrastructure Committee recently made a discovery that the traffic police refused to enforce inspection of vehicles under SGS Company which was awarded a contract to carry out inspection, verification, testing and certification.

The committee chaired the Woman MP for Luwero district, Lillian Nakate, while interfacing with the Police Director in charge Traffic and road safety, Dr Stephen Kasiima, in probing the illegalities surrounding the SGS contract for vehicle inspection noted that police had no date of the inspected vehicles to enforce the operation of removing vehicle in poor mechanical conditions from the road.

The Vehicle inspection was entirely under traffic police before the contract was given to SGS.

Kasiima told the committee that traffic police could not affect the operation against non-inspected vehicles because many had been not inspected due few existing inspection centers across the country. Adding that the available centers are around Kampala.

He pointed out that the difference between vehicles inspected by traffic police and SGS or other companies is that traffic police inspection report can be used in courts of law to pin the offender.

He said that it was wrong to place vehicle inspection under SGS from police because there people who borrow tires and go for inspection of the vehicles  to centers which they know are not under police inspection and after the process they take back the borrowed tires and fix again the worn out.