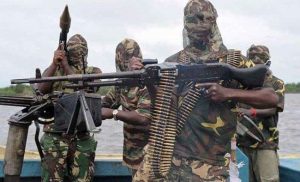 At least 50 people were killed on Tuesday in a suicide bomb attack at a mosque in northern Nigeria, police say.

The attack happened in the town of Mubi in Adamawa State as worshipers were gathering for the “fajr” dawn prayer around 5:20 a.m. local time.Othman Abubakar, a police spokesman said.

The bomber was about 17 years old and believed to be part of the congregation, Abubakar added.

The mosque was packed with worshippers during morning prayers when the bomber struck.

ALSO READ:Mugabe refuses to step down, to be impeached

Many more people were injured and taken to nearby hospitals.

While there was no immediate claim of responsibility for the bombing, suspicion immediately fell on the Boko Haram extremist group. The group is based in neighboring Borno state and has been blamed for scores of similar attacks over the years.

Boko Haram increasingly has been using teenagers or young women as bombers, many of whom have been abducted.