Zimbabwe must act quickly to dig its economy out of a hole and access international financial aid, the International Monetary Fund has warned.

“The economic situation in Zimbabwe remains very difficult, Immediate action is critical to reduce the deficit to a sustainable level, accelerate structural reforms, and re-engage with the international community to access much needed financial support,” Mr. Leon said.

Arrears to the World Bank, African Development Bank and the European Investment Bank, among other reforms, for the IMF to consider future financing request from the country should be put on board, he added.

Zimbabwe has not been able to borrow from international lenders since 1999 when it started defaulting on its debt and has $1.75 billion rand in foreign arrears. 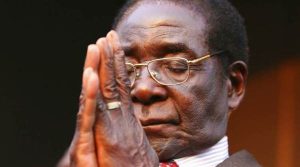 Mugabe, 93, resigned on Tuesday after nearly four decades in power

Robert Mugabe, who led Zimbabwe for 37 years, stepped down earlier this week under pressure from the military and his own Zanu-PF party.

His policies, including disastrous land reforms and printing too much money, are blamed for the calamitous state of Zimbabwe’s economy.

The Movement for Democratic Change (MDC) said it was cautiously optimistic that a Mnangagwa presidency would not “mimic and replicate the evil, corrupt, decadent and incompetent Mugabe regime”, reported AFP news agency.

It is unclear whether Zanu-PF will govern alone ahead of scheduled elections next year, or whether a coalition government of national unity that includes opposition groups will be formed.

New ZANU-PF leader Emmerson Mnangagwa is expected to be sworn in as Zimbabwe’s president on Friday.