DOMESTIC VIOLENCE; A VICE THAT WE NEED TO STOP 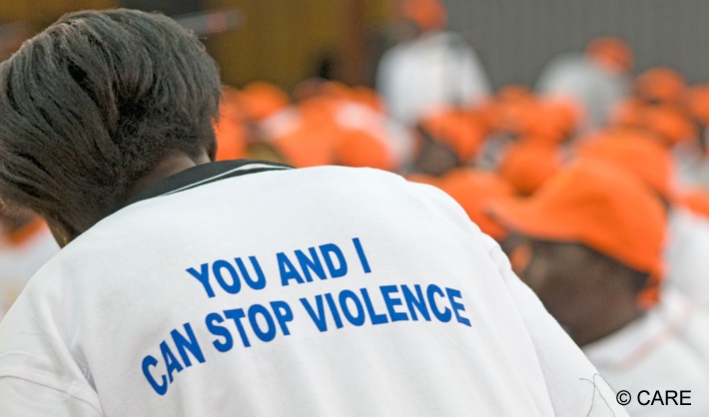 A call to stop domestic violence in Uganda by CARE Uganda

One evening I was going to visit my friend in Kiwatule, there were no taxis available so I decided to grab a boda boda from my home in Namungogo. We were riding as well as having a conversation with the Boda man.

As we were  conversing, suddenly a topic about men and women begun and he told me his wife disrespected him and he cannot wait to go home discipline her and demand respect. As he emphasized “since am the man of the house.”

Just for clarity I asked him, “Do you beat your wife?” and he answered vividly “Yes! She has to respect me because am the man of the house and the only time  it sinks in her head is when she gets a beating.”

I had to take a deep breath and stopped talking for a while, I couldn’t believe this young man, he was planning on going home after work to beat his wife just because she made a mistake.

This woman though I did not meet her was and is a victim of Domestic violence.

In Uganda, women are too often abused by the husbands. This treatment has become rampant, where by too many women in Uganda are being misused and then abandoned by their husbands according the Police crime registry.

While the government and a number of NGOs have made a number of interventions to eradicate this vice, gender-based violence still manifests itself in Uganda at a very high rate.

Gender-based violence in the country is a result of power inequalities powered by discrimination based on gender and is now more than ever entrenched in the social beliefs, systems, perceptions, attitudes about women and men and their roles in society. It includes domestic violence, violence against women, men and sexual-based violence.

According to research in Uganda several districts in Uganda especially Rakai, Mbale, Maracha, Busoga and northern Uganda sub-regions recorded the highest number of domestic violence against girls and women, though Kampala registers 6%. Therefore its upon this background that we need to not only implement actions to end violence against women in rural areas but to also include urban dwellers in the mix.

In urban areas, Take the city of Kampala for example, where almost half of women have experienced partner violence. “Men need to use violence to discipline their wives,” is a common view. “A man beating his wife is a sign that he loves her,” is another. Therefore many interventions that need to be done in urban cities just like in rural areas.

There is need to strengthen  the duty bearers’ capacities to address gender based violence. many duty bearers opt to learn more about human rights in relation to gender based violence, GBV forms, causes and effects , roles and responsibilities of duty bearers in addressing GBV and others. Different  guidelines and clear roles to end this vice should be given to the stake holders. Community development officers, police officers and local councils should have their roles clearly stated.

Violence against women is deeply rooted in the unequal poer relations between men and women and we have seen many of these cases rising up not only in rural areas but urban areas as well. Therefore the long term solutions to prevent and respond to it must include the participation of men and boys.

Mr . Byamugisha CEO ambrosoli consult Uganda “Strategies to prevent and respond to the violence should include dialogue between men and women as well as boys and girls with the view to changing the cultural, social, economic, and religious systems and structures that hinder human rights and equality between women and men.

Existing efforts to involve men and boys in fighting the violence should be encouraged and be taken into account in prevention and response activities.”

In a statement made by US ambasoddor Deborah Molac in 2017, where i agree with her, “We won’t solve the problem by simply making this a “women’s issue,” which often becomes code for doing little more than talking about the issue with few resources attached.  Stopping gender-based violence is and must be an issue for everyone, men and boys included.  We need to support the future of Uganda’s young women by not only teaching men and boys gender equality, but also by investing in girls’ education. When girls stay in school longer, they are less likely to contract HIV, have lower pregnancy rates, and are often less vulnerable to domestic violence.”

Women fear taking their cases to court due to their cultural background that does not encourage them to address relevant issues through courts. Even those who overcome the fear face the challenge of costly legal assistance. Whereas many discriminatory laws have been made, difficulties persist in that people are not informed about the gender sensitive laws that have been enacted, nor are they informed about their rights under these laws.

A significant number of gender discriminatory laws have been revised, although not exhaustively, but their dissemination needs to cover the entire nation. Different influencing factors have been identified, including poverty, ignorance, religious beliefs, and consumption of alcohol, among others.

Violence against women in Uganda, especially in urban areas like Kampala and other towns, is becoming more of human rights concern.

Females experience brutal acts and while many legal instruments and policies have been passed to curb the violence, the vice continues. It is against this background that gender-based violence among not only the rural areas but also urban towns in Uganda is reaching unacceptable proportions. Under the circumstances, something should be done to address the situation.