the youth demanded the matter be referred to the appropriate committee for investigations as well as moving a motion to impeach Kuteesa as a Minister of Foreign Affairs for his dishonorable conduct. 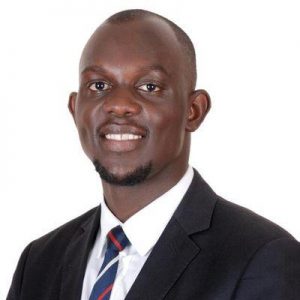 David Bala the leader of the group

Concerned youths have renewed demand for the foreign Affairs minister,Sam Kahamba Kuteesa, to be relieved of his duties over alleged bribe in helping a Chinese energy company to secure oil business advantage .

led by former Makerere University guild President, David Bala, the group has petitioned the Speaker of Parliament, Rebecca Kadaga against the conduct of the Kuteesa over 1.8 billion shillings bribery scandal and demanded to refers the matter to an appropriate committee for investigations as well as moving a motion to impeach Kuteesa as a Minister of Foreign Affairs for his dishonorable conduct.

They noted that their petition is based on reports that the Justice Department of the United States of America had implicated the minister for successfully creating a fake charity organization with a ploy to engage in bribery and money laundering activities and indeed received the bribe.

Bala said that contrary to principles established in the Constitution, Leadership Code of Conduct, values and aspirations of Ugandans, Hon. Kuteesa conducted himself in a manner that is corrupt and detrimental to the public good, welfare and good governance of the country.

The youth say Kuteesa exported corruption to other countries which is tarnishing Uganda’s image and blocking other citizens from getting jobs in other countries due to fear of being also corrupt.

The Speaker promised to give the group a response to this matter within two weeks, noting that the same matter was tabled before the house by Ntungamo Municipality MP, Gerald Karuhanga with similar demands.