his predecessor’s cronies and redeployed senior 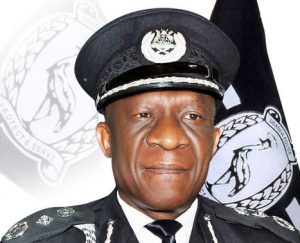 officer’s that had been sidelined for long.

Byakagabe replaces AIGP John Ndugutse who has been also serving as the police attache in Kenya a position he retains.

SCP Stephen Tanui who had been taken to the reserve force, bounces back as deputy commander Field Force Unit which will be headed by SCP Ali Fadhir Kaali who had also been sent to the oil and gas directorate.

Senior Commissioner of Police, Henry Tukahirwa, who had been deployed as head of the Police Reserve Task Force, a new unit for reserve police officers by Kayihura has now been deployed as deputy director in charge of welfare in the directorate of welfare and production.

Kayihura, in his last act as IGP had knifed Richard Edyegu (SCP) and Anne Tusiime (SCP) and transferred them to ‘special assignments’ but Ochola has not returned them as deputy directors in the directorate of Logistics and Engineering respectively.

Sarah Kibwika, is now the acting commander traffic police operations after she completed a refresher course.

2. AIGP Abas Byakagaba has been picked from the IGP’s office where he has been as Director in charge Oil and Gas and sent to Counter Terrorism as Director.

3. John Ndugutse who has been both attaché and Director Counter Terrorism will stay an attaché based in Nairobi.

4. SCP Stephen Tanui has been removed from IGP’s office and sent to the field as Deputy Field Force Unit (FFU) commander.

5. SCP Ali Kaali who has also been under IGP’s office under Oil and Gas Directorate has been appointed Field Force Unit (FFU) commander.

7. Anne Tusiime who has been under IGP’s office has been sent to the Directorate of Construction.

8.SCP Kasalawo Christopher has been removed from FFU and appointed deputy director Oil and Gas.

9.SCP Edyegu Richard has been removed from IGP’s office and appointed deputy director I& F

10.SCP Tukahiirwa Henry from IGP’s office to directorate of welfare.

11.CP Bazil Mugisha has been moved from I&F to T&RS as Director

14.CP Nuwabiine Lawrence from IGP’S office to Welfare and Production.

15.ACP Esther Akwango from the IGP’s office and has been sent to Women Affairs.

20.SSP Kakamba Paul from Kidepo to KMP south as RPC.

21.SSP Onencan Stephen moved from sezibwa to Kidepo as RPC.