Police commanders clueless on how to confiscate camouflage attires from civilians 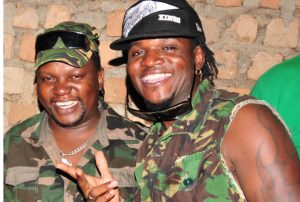 District and Divisional Police Commander are uncertain on how to enforce a directive to confiscate camouflage attire similar to that of the army and police from the public.
Asuman Mugenyi, the Director of Operations Uganda Police Force directed District and District Police Commanders to confiscate all camouflage clothes that resemble any military or police uniform on 13th April 2018.

Most of the District Police Commanders across the country are not certain on the implementation of the directive. The DPCs are confused on how to implement the order especially with the business community.

The DPCs further elaborated that its not easy to go to some ones shop to stop the selling of these attires since there is no law backing them up. It should be noted that the UPDF act only criminalizes dressing in clothes that are of close likeliness to UPDF uniforms.

The Deputy Police Spokesperson Patrick Onyango also expressed ignorance on how the Police will confiscate camouflage security attires from civilians only saying he was awareof how they would confiscate the clothes from the civilians wearing them but not how to handle the people selling them.

It should also be noted that its is a common practice for actors, actresses, singers and props managers to use Camouflage attires for stage performances, videos, films and movies r in songs. Security organisations however can provide such attires for these acts and be returned after the performances.

In downtown Kampala, one can barely see the camouflage clothes on display since the order to confiscate them was issued. Most of the traders, said they only bring in one or two clothes. URN news