Nearly 300,000 people have signed a petition demanding Sergio Ramos is punished for his challenge on Mohamed Salah.

Salah’s Champions League final was brought to an abrupt end after just 30 minutes following a challenge from the Real Madrid defender, which many online have deemed intentional. 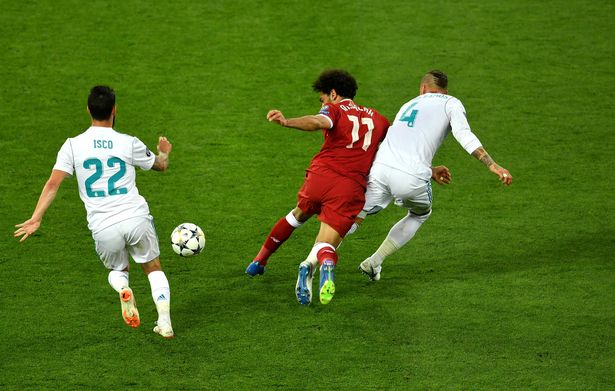 Ramos brought down Salah during the game

Later in the match, Ramos was also criticised for appearing to elbow goalkeeper Loris Karius.

Fans the world over are divided on whether the decorated Spanish defender meant to injure Salah or not. 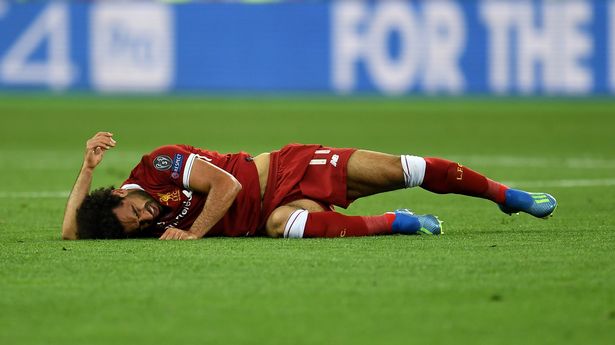 Salah was left with a serious shoulder injury 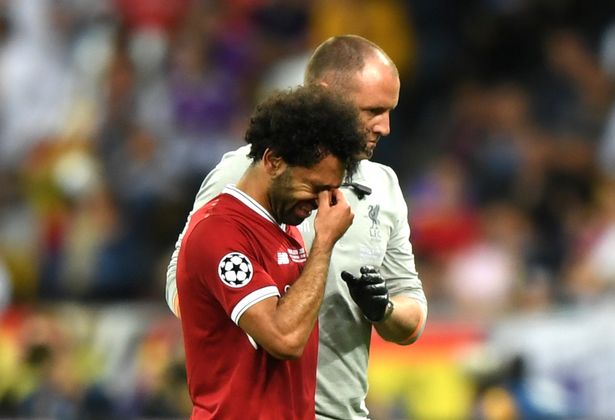 But, with over a quarter of a million signatures by 6am on Monday, many people have been outraged enough to call for Ramos to be retrospectively punished by UEFA or FIFA.

Images of Salah leaving Kiev’s Olimpiyskiy stadium show the Egyptian nursing his arm in a sling and reports suggest he may miss the World Cup. 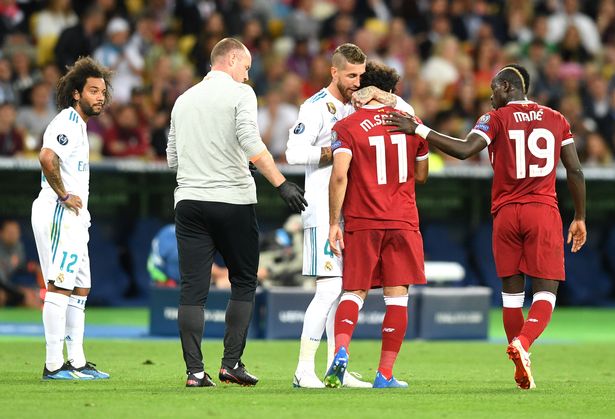 Ramos consoled Salah has he walked off the pitch

Television picked up on Ramos smirking as Salah departed the field after his shoulder injury – but former Manchester United defender Ferdinand believes it wasn’t related.

The petition, shared on Petition.com, says: “UEFA and FIFA should take measures against Ramos and similar players, using the video recordings of matches to keep the spirit of the game.” 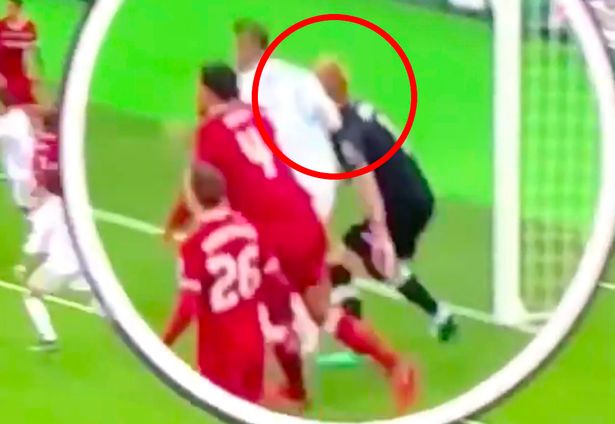