It is up to the returning Serena to fly the Williams flag after Venus became the first big name to fall at this year’s French Open.

The 37-year-old No 9 seed was knocked out 6-4, 7-5 by China’s Qiang Wang. The seven-time Grand Slam champion made 35 unforced errors, while world No 91 Wang produced a superb display of clean hitting. 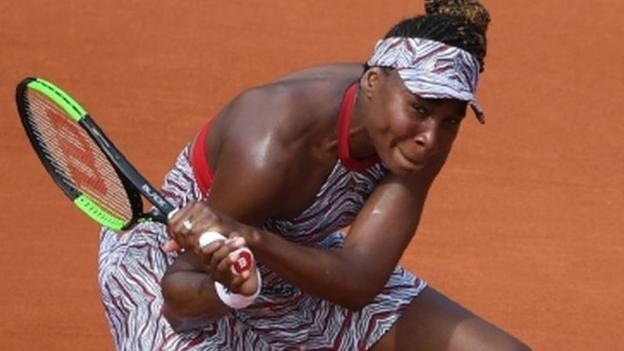 Despite looking like a natural on clay, Wang only really started playing on the surface in 2017.

‘I just started to play on clay last year,’ she said on court after the match. ‘My coach says it is good for my game.’

On this evidence he certainly has a point, as Wang scampered around the court, sliding beautifully like a born dirtballer to score her first victory against a top 10 player since she beat Caroline Wozniacki in Kuala Lumpur in 2013. 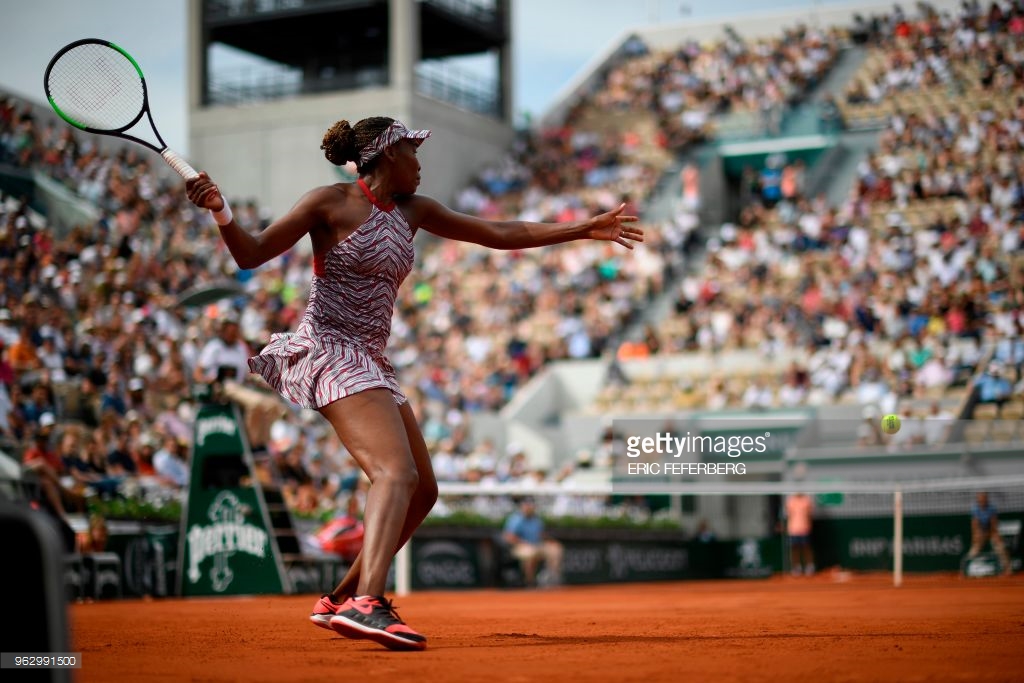 Williams was beaten 6-4, 7-5 by China’s Qiang Wang in the first round of the tournament

This was the second year in a row that these two have faced each other in the first round here. Williams won a tight contest 6-4, 7-6 last year, and Wang had clearly taken heart from that match. ‘Last year was very close and I knew I had nothing to lose,’ said the 26-year-old.

Williams was perhaps the player who best took advantage of her sister’s absence from the tour last year to have her first child. She reached two Grand Slam finals, the first in Australia where she lost to a pregnant Serena, and made the semi-finals of the US Open.

But Roland Garros has always been her least favourite hunting ground of the four Slams, and while Wang looked a natural on clay the vastly experienced Williams looked decidedly uncomfortable with her movement at times.