City tycoon and new kid on the block Brian Kirumira aka Brian White has finally fulfilled his pledge. Barely four months after the death of singer Moze Radio, his unfinished house at the time is now ready to welcome new residents.

Brian White who at Radio’s burial promised to finish his house and hand it over to his mother Jane Kasubo earlier this week did precisely that.

The two floor house is estimated to have costed Bryan White a whopping 89 Million shillings to complete. 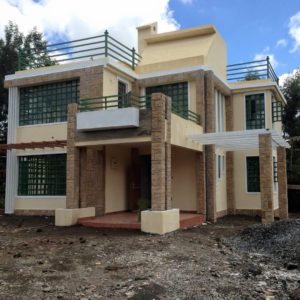 The two floor house is estimated to have costed Bryan White a whopping 89 Million shillings to complete.

However much there has been no official confirmation from Brian White about this development but speculations have revealed the house is done and dusted.

It is to be noted that the socialite also paid part of Mowzey Radio’s hospital bills before he passed on. Though he has backed his words with many good deeds, Brian White’s biggest weakness is his insatiable hunger for fame that makes him take cameras everywhere he goes.

Though he has not yet publicised the completion of the house we can bet on it that he will be unveiling it to the media soon as one of his projects. Nevertheless, thank you Brian White. At least we are benefiting from your arrogance.