Gulu Municipality MP, Lyndro Komaketch, is paying back 17 million shillings to friends who were conned in the same manner using his name. 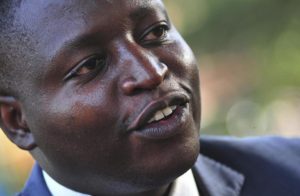 Several Members of Parliament have made a cry to Police and Uganda Communication Commission to intervene in the ongoing scams that are highly targeting them and other high profile people by con-men.

This comes at a time when cases of fraud are apparently being reported by almost every MP about thugs that hack into their phones and Face book accounts and con their friends’ money.

The latest is one involving Kasiro County MP, Elijah Okupa, who narrated to parliament how his number was hacked by thugs who asked money from a number of MPs claiming that Okupa was stuck in Eldorate.

Gulu Municipality MP, Lyndro Komaketch, reported that he is currently paying back 17 million shillings to friends who were conned in the same manner using his name.

Okupa asked the Uganda Communication Commission and telecommunication companies to devise means of stopping this practice.

The state minister for planning in the ministry of Finance, David Bahati is among the many MPs crying foul over this cybercrime as his  Facebook account was hacked into hence used to con the public.

The minister of Internal Affairs, Obiga Kania,  assured  the MPs that measures were being taken by both police and UCC to clear the loop holes that are still leading to such cyber-crimes.