The routine was just as you will have remembered: head bowed, hands pointing to heaven before blessing himself then breaking into a sprint.

It had been 98 days since Neymar had last gone through that custom before a game but here he was on the side of the pitch, bedecked in that famous, shimmering No 10 shirt of Brazil, primed for action. The fear of the World Cup taking place without one of its biggest attractions was over. 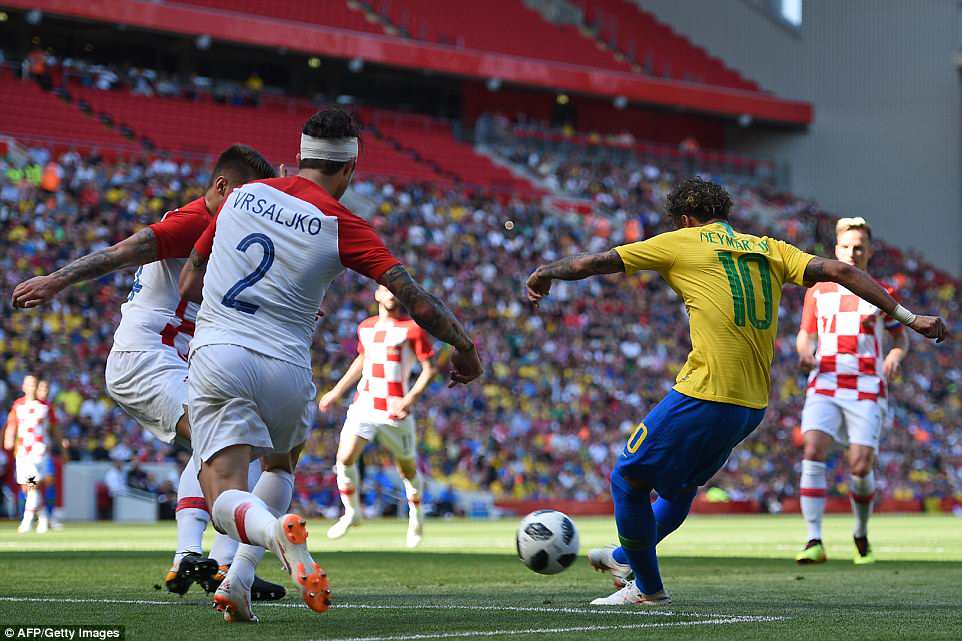 During the 14 weeks since he broke his metatarsal in Paris Saint-Germain‘s 3-0 drubbing of Marseille, Neymar has barely been off Instagram. His 93.3million followers have been afforded plenty of insights to his glitzy lifestyle but little idea of how his rehabilitation has progressed. 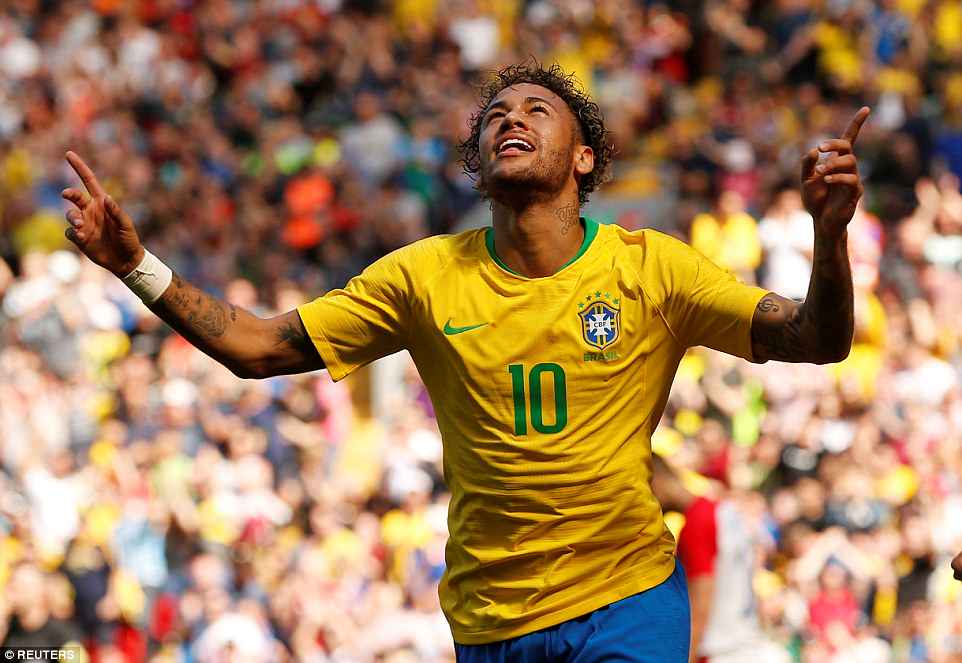 So there was one question chipping away, as he prepared to enter Brazil‘s penultimate friendly against Croatia: was he truly ready? In the 69th minute, having eased himself into the fray, the £197million man provided the answer in the most spectacular fashion.

After receiving a pass from Philippe Coutinho, Neymar began to dance. He scuttled into the penalty area, teasing the posse of Croatia defenders that tried to surround him: seven hypnotic touches and shift of the hips later, three red-and-white shirts had been eliminated.

What happened next was quite majestic, Neymar thrashing a right-footed shot in off the underside of the crossbar, somehow getting the accuracy and elevation to beat goalkeeper Danijel Subasic from the corner of the six-yard box. Was he ready? It was like he had never been away.

‘For the first match back I actually expected less from him,’ beamed Brazil head coach Tite. ‘I would have been happy with a quieter performance but what he did was really extraordinary. He is an extraordinary individual talent but he is aware of what they bring to him.’

This epitomised all that is good about Brazil, the skill and the effortless samba style, in one devastating moment yet, ironically, it didn’t even illicit the biggest cheer of the day – that was reserved for local hero Roberto Firmino‘s injury time strike to complete a 2-0 win. 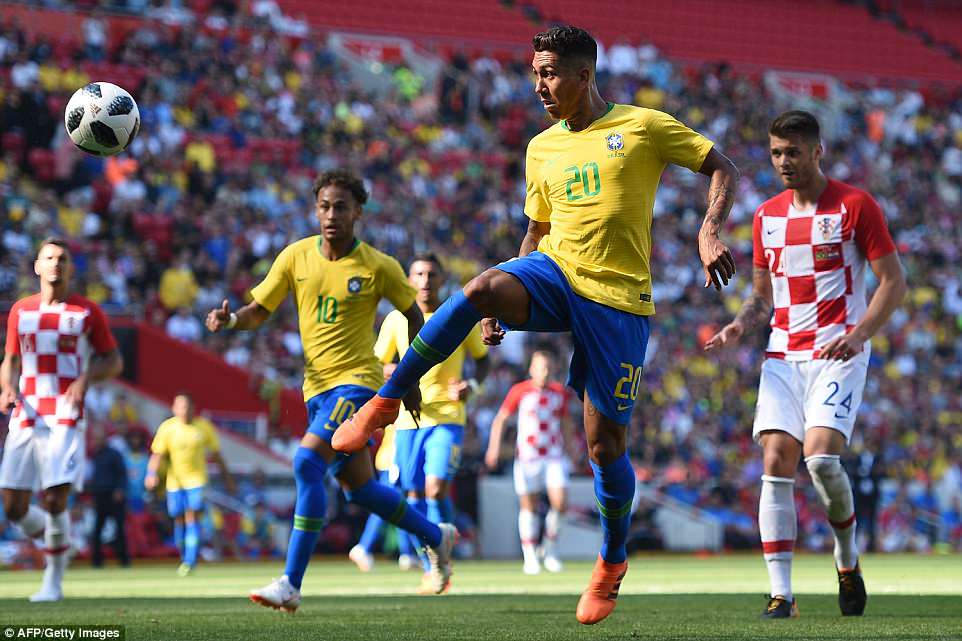 But the significance of this goal – his 54th for Brazil – could not be lost. It was, of course, spectacular but also soothing, reassuring a nation that the man in whom so many dreams are entrusted will be close to his peak for the opening World Cup assignment against Switzerland in Rostov.

If he reaches his peak, he could make this his tournament. He has history with the World Cup, having been taken off on a stretcher off in the quarter-final success over Colombia four years ago, but now he seems primed to banish those memories. 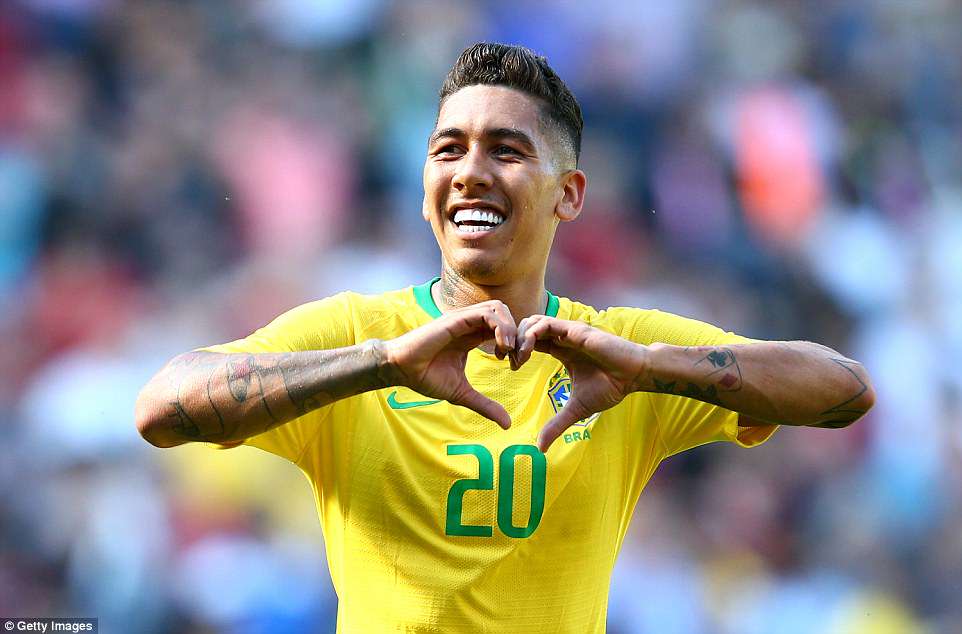 ‘It feels like the right moment for ­someone to take their chance at this World Cup,’ said Coutinho, who had to contend with some minor jeering on his first return to Anfield since his £146million move to Barcelona in January.