Manchester United were rocked on Wednesday night after Anthony Martial's representative revealed he wants to leave the club.

Manchester United were rocked on Wednesday night after Anthony Martial‘s representative revealed he wants to leave the club.

Months of negotiations over a new long-term contract at Old Trafford have reached an impasse, with Philippe Lamboley claiming Martial is unhappy at a lack of assurances over his role. Martial (top row, second left) has spent the majority of the season as a substitute at United

The 22-year-old, left out of France’s World Cup squad, has come in for criticism from Jose Mourinho over his workrate. Mourinho made it plain that Martial’s performances were inadequate following defeat at Brighton last month. 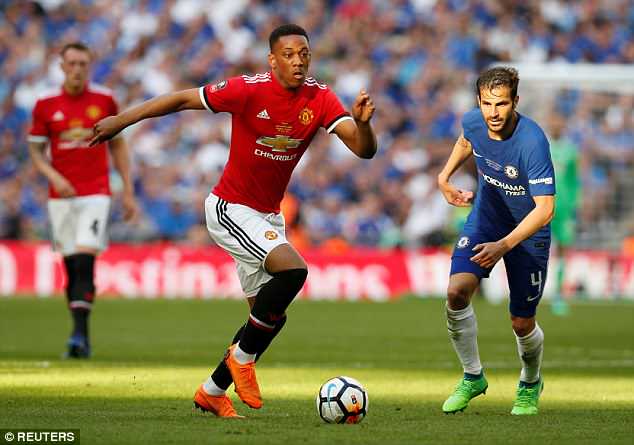 The Red Devils forward is unhappy at a lack of assurances over his role, claims Lamboley

Martial’s contract runs out at the end of next season, although United have an option to extend that until 2020.

The winger started just four Premier League games after being linked with a January move to Arsenal. The Gunners eventually signed Henrikh Mkhitaryan instead.

Lamboley went on to claim Martial would see out his deal and leave on a free if Mourinho refused to sanction a move.

‘It is a well-considered decision. He is under contract, United will have the last word and we will respect the decision of the club, it will go to the end of its commitment,’ he added.

‘We do not have the same vision on Anthony’s future. Without the unconditional support of the fans, Anthony would have already asked to leave United.

‘I will not comment on the consequences of the January transfer window. Everyone will have his opinion, I think he must resume the course of his career. The time has come.’

READ ALSO:  I don’t know what I’m going to do – Zidane