Before the tournament started, Germany boss Joachim Low was aware of the pitfall. In fact, he had even warned of them and used Spain in 2014 as an example.

Before the tournament started, Germany boss Joachim Low was aware of the pitfall.

In fact, he had even warned of them and used Spain in 2014 as an example.

“After winning the World Cup, we have to reinvent ourselves, as Spain won in 2010 and, in 2014 with almost the same team, they fell at the group stage,” Low repeated over and over again.

“They had great players but you always need changes.”

But the sweet transition he attempted to implement for Die Mannschaft failed in spectacular fashion.

We take a look at the reasons for the fiasco.

1. Vulnerable at the back with Hummels and Boateng

Jerome Boateng (who sent off against Sweden) and Mats Hummels (who was hurt) showed that it was perhaps better without them.

Every time they were forced to turn backwards towards their own goal, they suffered a great deal due to their lack of pace.

Mexico, with their counterattacks, knew better than anyone else how to exploit Germany’s disastrous management of their defensive and attacking transitions.

The elimination of Germany makes the exclusion of Leroy Sane from the squad all the more inexplicable.

The Premier League’s best young player, according to the PFA, has plenty of width and trickery to his game that was badly missing from Low’s men.

His versatility (he can play as a winger, playmaker or forward) and devilish dribbling would have been ideal for opening up closed defences.

Low hasn’t had an out-and-out goalscorer either in the tournament or in the qualifiers.

Thomas Muller and Sandro Wagner (who was not called up) finished as the top scorers in qualifying with five goals apiece.

Germany broke the goal record with 43 thanks to the fact that they scored via 21 different players.

That came back to bite them and they exited Russia with just two goals scored, from Marco Reus and Toni Kroos against Sweden.

The Bayern Munich wide man was the best passer in qualification with nine assists.

Germany got used to solving their problems through his constant raids forward on the right flank and opponents took notice.

More guarded in the World Cup, Philipp Lahm’s heir couldn’t flourish in attack and the team lost one of their most influential attacking factors as a result. 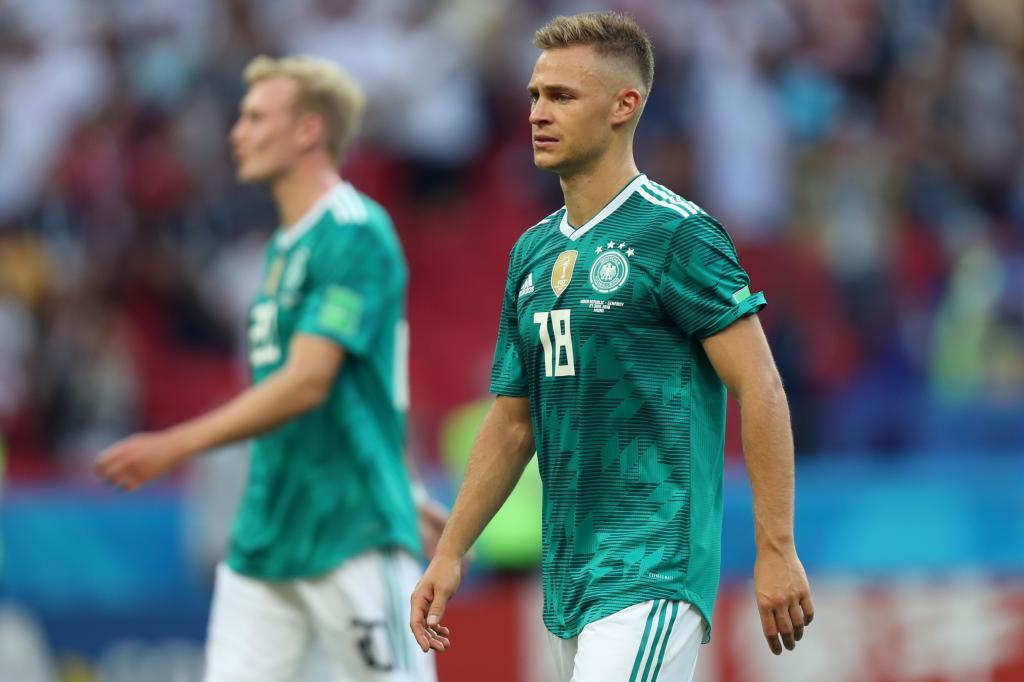 All of the responsibility when it came to getting the ball forward came to Toni Kroos.

Sami Khedira falling out of the side left the Real Madrid man alone at the time when they most needed to be at their best in possession.

Kroos would receive the ball from Hummels or Boateng in the position of effectively a third centre-back and was a long way from the attacking talents of Muller, Mesut Ozil and Julian Draxler, who were closer to the opposition box than the ball.

Germany, with only way of getting the ball out from the back, became too predictable.

6. Too much external noise

The controversial photo of Ilkay Gundogan and Mesut Ozil with Turkish president Tayyip Erdogan fractured the tranquillity and working environment that Low had intended on having.

Gundogan was jeered against Saudi Arabia and had his car vandalised too over the incident.

Stefan Effenberg, among others, called for both players to be excluded.

7. Why Neuer ahead of Ter Stegen?

Manuel Neuer, however badly he performed in the defeat against South Korea, is by no means responsible for the German elimination.

He performed well after a season in which he hardly featured through injury.

It is hard to understand, however, the stubbornness of Low in betting on the Bayern goalkeeper as a starter ahead of Marc-Andre ter Stegen after his excellent year at Barcelona. 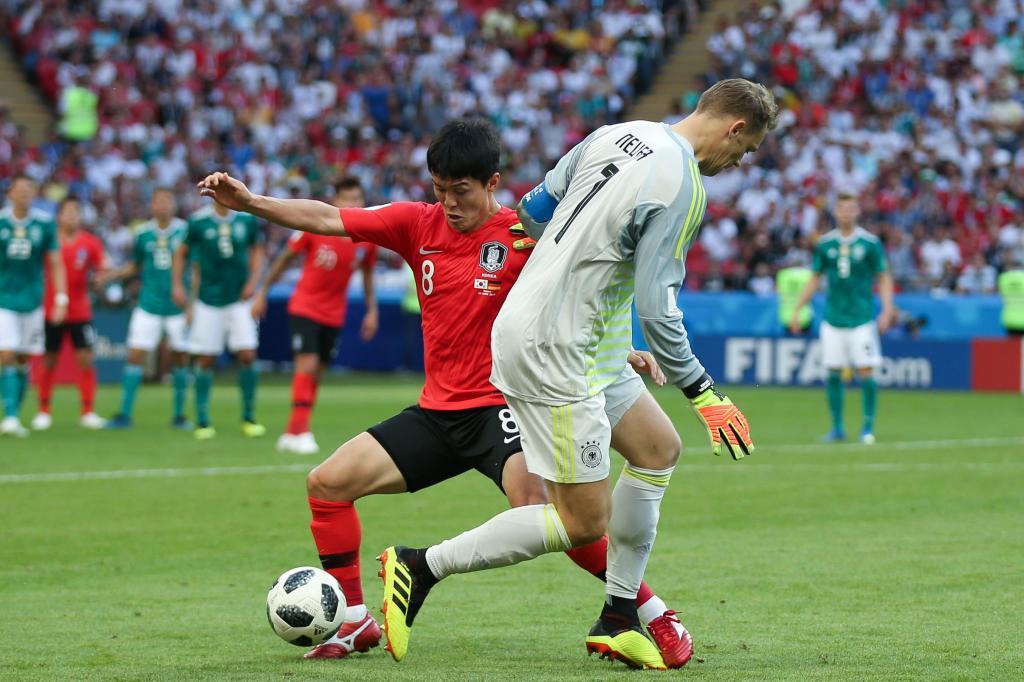 Germany went through the World Cup exhibiting a state of alarming fitness.

It seems that no international side has arrived in Russia in an optimal state, in fact, and Draxler and Khedira are good examples.

A lack of spark was already witnessed in their previous friendlies as they lost to Austria and narrowly beat Saudi Arabia.

9. Where were Ozil and Muller?

Two of the players called upon to help steer Germany were completely missing.

Muller, in a wider role, made no contribution and came into the tournament with the intention of approaching Miroslav Klose’s all-time goals tally of 16.

He arrived on 10, but leaves the competition without having found the net and, against South Korea, he was a substitute for the first time ever in a World Cup.

Ozil was also benched after a poor game against Mexico, but returned to the line-up for the final against South Korea and once more had no influence.

He no longer makes the difference and the inconsistency shown at Arsenal has now become his hallmark.

In addition, the ex-Real Madrid man may have played his final minutes for his country.

“He has the body language of a dead frog,” Mario Basler said. 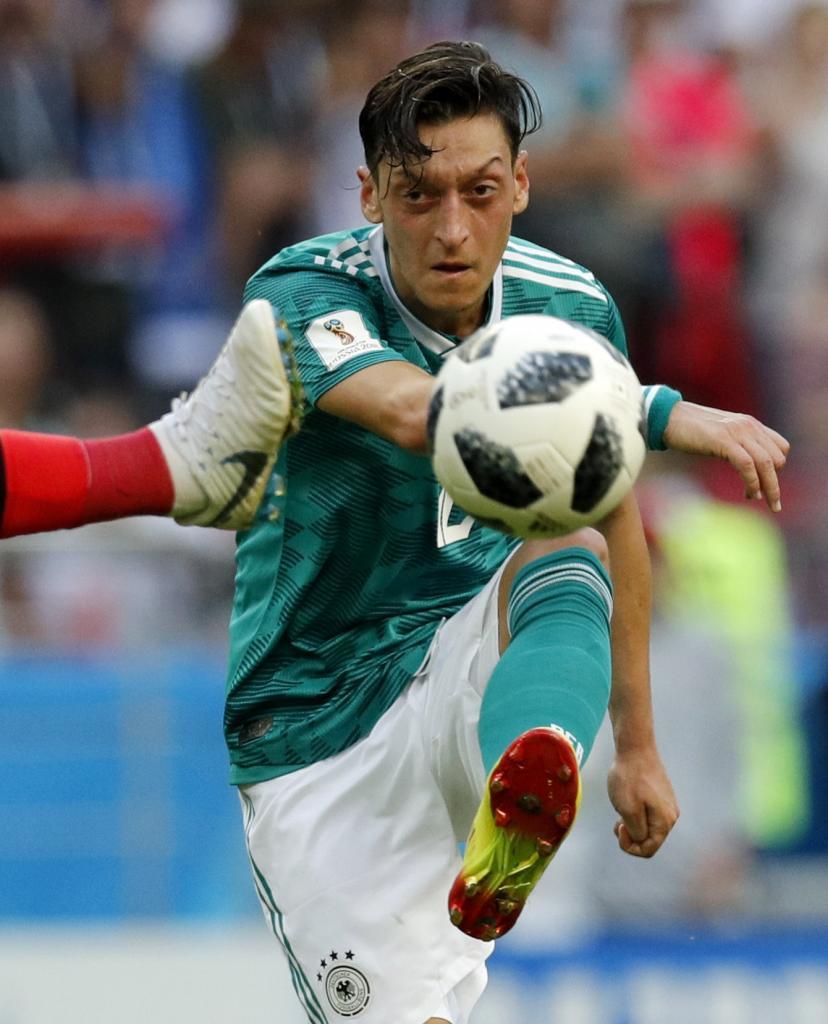 The Germany coach wanted to stay true to his heavyweights from the triumph in 2014, while introducing some modifications.

It was a difficult transition and his ‘revoLowtion’ only seemed to be one that was carried through halfway.

He benched Ozil and Khedira against Sweden and benched Muller against, South Korea but nothing went well.