One out of four citizens a representative of 24%  of Ugandans have access to piped water mainly found around urban areas according to Sauti Za Wananchi a national mobile-phone survey by Twaweza a non-governmental organization. 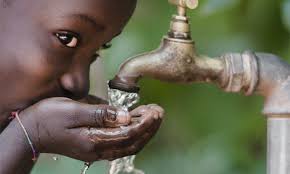 40% say their access to clean and safe water has gotten worse other the past 12 months. Internet Photo

A report by Twaweza has found out that  only one out of four citizens a representative of 24%  of Ugandans have access to piped water. The report, carried out using Sauti Za Wananchi a national mobile-phone survey by Twaweza, states that this is mainly found around urban areas.

Releasing the finding based on data collected from 1971 respondents across Uganda in January and February this year, Marie Nanyanzi a Sauti Za Wananchi officer revealed that three out of four Ugandans representing 74% have access to an improved water source that provides cleaner and safer water.

She explains that residents of rural areas are more likely to say the situation is getting worse than those in urban areas.

Nanyazi explains the major challenges cited by citizens that hinder their access to clean and safe water.

In response to the report findings, the commission Rural water supply at the Ministry of Water and Environment Engineer Joseph Eyatu said whereas water coverage across the country has improve more needs to be done as people demand for quality and convenient water services.

Eyatu adds that in order to increase on water points across the country, government is revising its water policy that will ensure better strategies to address the demand.