OPPOSITION officials have rejected the results of Zimbabwe's election which saw incumbent President Emmerson Mnangagwa of the Zanu-PF party re-elected.

Police were forced to remove the opposition officials from the electoral commission stage following the delayed results.

Opposition parties rejected the results of the presidential and parliament elections as they were unable to verify the results, according to the Chairman of the opposition MDC Alliance party. 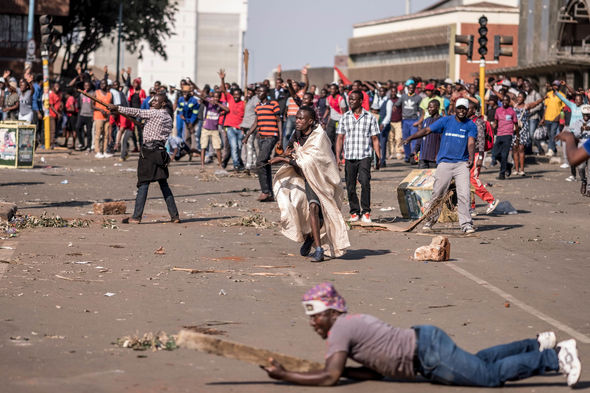 At least six people have died after violence broke in the capital, Harare

Morgen Komichi, MDC chairman, made an impromptu televised statement at the Zimbabwe Electoral Commission, where the election results were being announced.

He declared that the party could not verify the results before he was removed by police. Zimbabwe’s election has been marred by violence and at least six people have been killed following protests in the capital, Harare.

Police patrolled the streets on Wednesday, and three people were shot dead as soldiers struggled to control protestors. Another three individuals died of their injuries on Friday, according to the police. 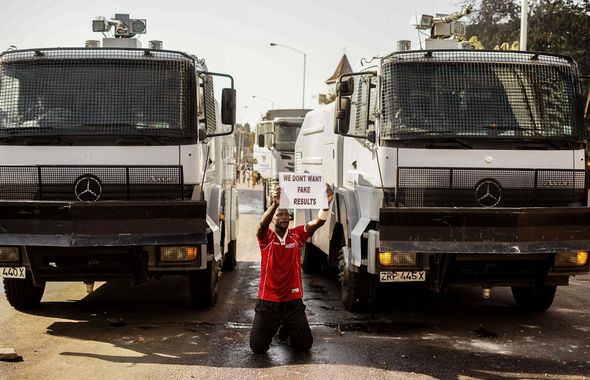 Security forces also launched a crackdown on opposition officials, raiding the headquarters of the MDC Alliance. MDC headquarters remained closed on Thursday, and party officials stated 16 MDC employees had been taken away by the police.

Chamisa previously declared victory in the election but raised concerns surrounding the fairness of the process. Writing on Twitter, he said: “Victory is ours! Long winding queues in most parts of Harare. “There seems to be a deliberate attempt to suppress and frustrate the urban vote.

“Good turn out but the people’s will being negated and undetermined due to these deliberate and unnecessary delays.”

He declared he had won the “popular vote”, and stated “no amount of results manipulation will alter your will”.

The politician took aim at Zimbabwe’s Electoral Commission, and accused them of reversing the “people’s presidential election victory” by rigging the vote following a delay to the announcement of the results.

Mnangagwa welcomed the results of the election, stating: “I am humbled to be elected President of the Second Republic of Zimbabwe.

“Though we may have been divided at the polls, we are united in our dreams.

“This is a new beginning. Let us join hands in peace, unity and love.”

He expressed his condolences to the individuals who had died in the violence which spread across the capital, and stated he intends to launch an independent investigation into the protests.