A devastating wildfire that has burned more than 150,000 acres in Northern California has reportedly killed another victim, marking the seventh death since the blaze ignited in Shasta County last month

A devastating wildfire that has burned more than 150,000 acres in Northern California has reportedly killed another victim, marking the seventh death since the blaze ignited in Shasta County last month.

A spokesperson for the Pacific Gas and Electric Company (PG&E) told the press that a crew member had died while working in the area of the Carr Fire. 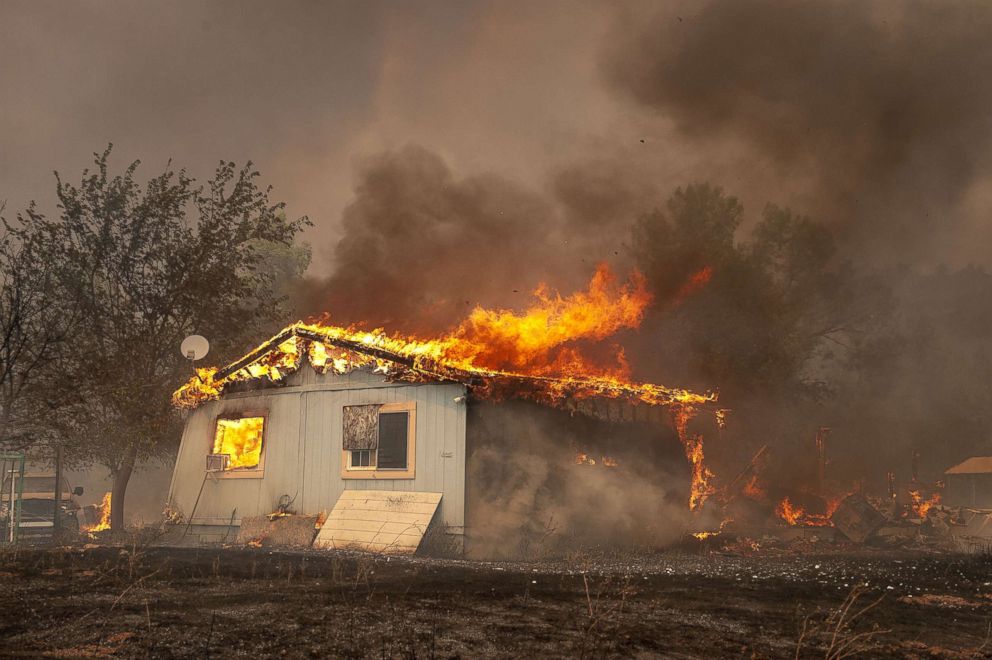 A Spring Valley house is consumed by flames as the Ranch Fire continued to expand westward in Lake County, California

“Safety of our employees and customers is PG&E’s top priority,” the spokesperson said in a statement Saturday. “Our thoughts and prayers are with our fallen team member, their family, and our extended team. We are working with law enforcement to investigate the circumstances of the incident.”

A bulldozer operator, a firefighter, as well as a 70-year-old woman and her two great-grandchildren were also among the dead. Another victim, who was not identified, did not evacuate despite receiving a warning, authorities said. 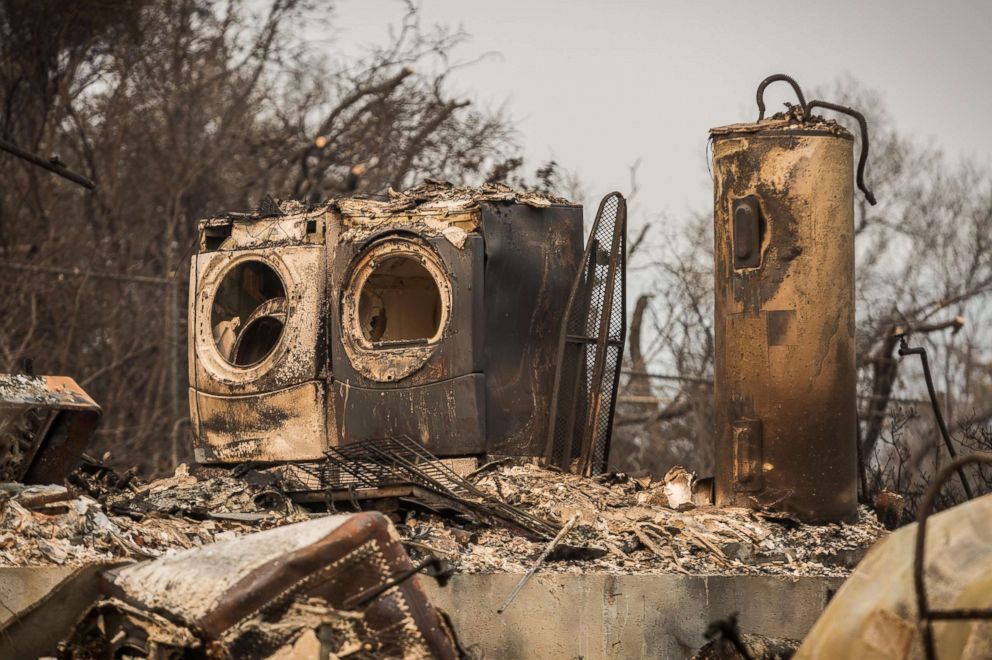 A washer, dryer and a hot water heater are the largest remains of a home that burned during the Fire on Ridge Drive in Redding, California

The “mechanical failure of a vehicle” ignited the Carr Fire in Whiskeytown on July 23, according to the California Department of Forestry and Fire Protection. The flames ripped through northwest Shasta County then spread southeast for days, with little containment, as it swept across the Sacramento River and roared toward the city limits of Redding, which is home to 92,000 people.

Officials ordered road closures and the evacuation of tens of thousands of homes threatened by the fast-moving fire, as it swelled in size.

Two weeks later, the Carr Fire had burned an area of 154,524 acres in Shasta and Trinity counties. More than a 1,600 homes, businesses and other structures have been destroyed by the flames, while hundreds of others have been damaged.

Gusty winds, high temperatures and dry vegetation have spurred fire growth. But firefighters battling the Carr Fire have made progress in recent days. The blaze was at a containment of 41 percent Sunday morning, officials said.

Thousands of personnel have been continuously working to contain the raging flames, along with hundreds of fire engines, dozens of bulldozers and several helicopters.

The Carr Fire is just one of several wildfires currently burning across the state of California. The Ranch Fire and the River Fire, which both ignited July 27, had collectively burned an area of nearly 255,000 acres in Lake and Mendocino counties by Sunday morning.