Kampala Police have interrupted a vehicle and rescued two children from suspected kidnappers who had asked for three million Uganda shillings payoff from the parents. According to the children, suspects tricked them into moving with them to buy some cakes and later disappeared with them without the approval of the parents.

The father Hajji Musa Muliika yesterday 5th August 2018 at 8am reported to Bweyogerere Police Station a case of kidnap of his two children namely; Nakula Muliika Rahma and Muliika Diin Tajudiin from their home in Kigandazi Zone – Bweyogerere after failing to trace them.

The police trackers located the calls made by the suspects to Lugazi as they kept asking for the three million Uganda shillings payoff to discharge the children. On realising that police was closing down on them, the suspects drove the children back to Kireka and were seized in a vehicle Toyota Hiace registration number UBB 724M. 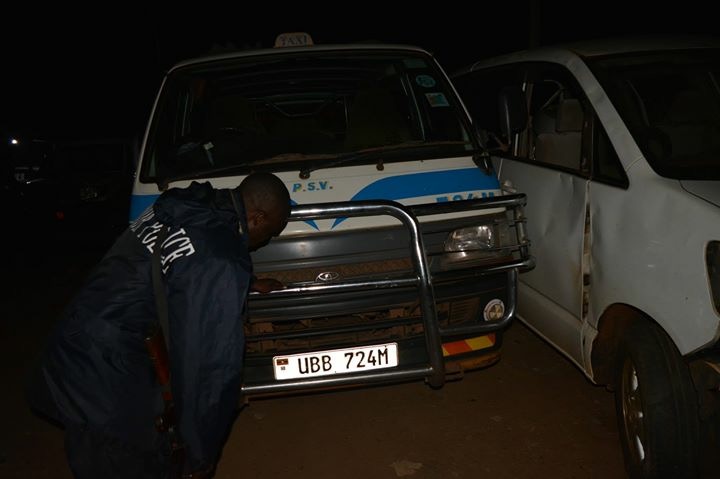 Toyota Hiace vehicle which was used by the kidnappers

The children were found in good health and have been re-united with their parents.

The two suspects whose names have been withheld upon questioning claimed that they had no intention of harming the young girls but rather to get money in form of payment from the parents.

The OC. Bweyogerere ASP. Mike Mugabe said the suspects who are facing kidnap related charged have currently been transfered to Kira Division Police Station to help police with investigations before being arraigned in court and the vehicle suspected to have been used in commission of the crime has been impounded.