The process of restructuring Forum for Democratic Change (FDC) party structures in villages and districts is ongoing and so far, it has been done well in Luwero district says John Kikonyogo the FDC deputy spokesperson.

Addressing a press conference on Monday at the FDC headquarters in Najjanakumbi, Kikonyogo informed journalists that the party has embarked on restructuring its offices in villages and districts countrywide. 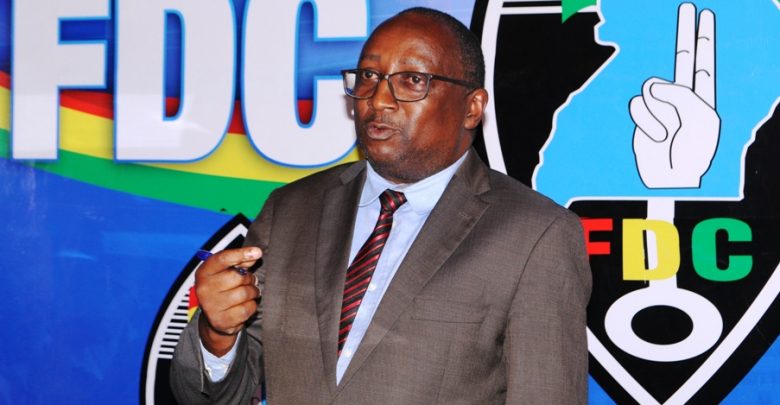 Kikokonyogo informed journalists that, they wrote to Police informing them about the process they are carrying out.

He said they are, however, surprised that during the process of restructuring, a Police constable identified as Sekalema in Mubende districts has gone ahead to disrupt the process.

“We appeal to the Inspector General of Police to inform Police officers regarding the restructuring process the party is carrying out so as to avoid any inconveniences from  Police or Police officers  ” Kikonyogo added.

He further informed journalists that they expect the restructuring process to be completed by the end of this month.

Kikonyogo added that the party has begun celebrating its 15th anniversary. FDC marked 15 years in existence on December 16 last year and yesterday, it started with the Eastern districts of Buikwe, Iganga, Jinja, Busia, Budaka, Kumi, Soroti and Namutumba.

He, however, informed journalists that they don’t expect any interruptions from Police and that in case there is any, they would react.

Kikonyogo further added that the party will on 23 of this month head to the West to continue with its anniversary celebrations and is expected to begin with Ankole.