By Agencies on May 29, 2018 featured, Mario Balotelli scores on first start in four years as Roberto Mancini claims victory in his first game in charge of national team Featured, Football, Sports 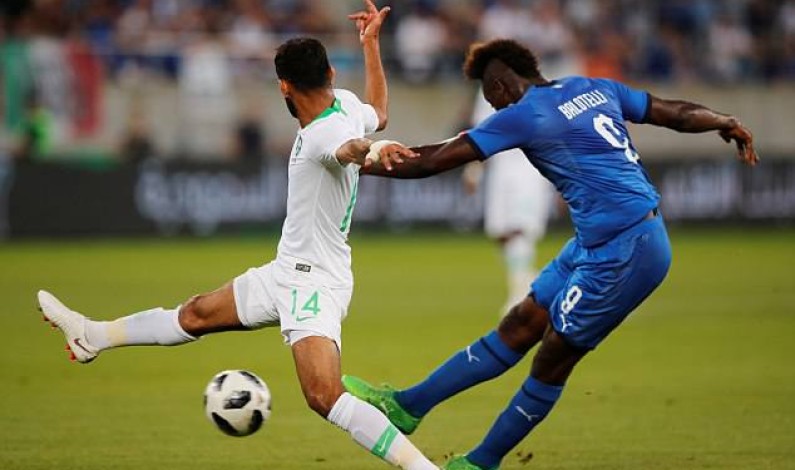 Mario Balotelli returned to Italy duty with a bang following a four-year absence as his first-half goal set the tone for a friendly victory over Saudi Arabia in St Gallen. The 27-year-old striker, who last featured for the Azzurri at the 2014 World Cup in Brazil, was recalled by new Italy boss Roberto Mancini after […]