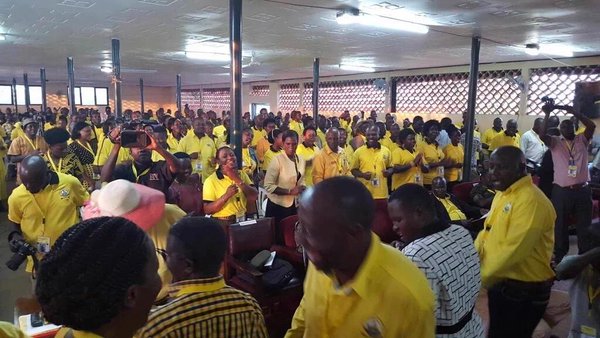 NRM members at the reteat in Kyankwanzi

The NRM party chairman president Museveni has asked NRM members who are in the retreat at Kyankwanzi leadership institute to stop campaigns for the post of the speaker and the deputy speaker of parliament. Sources from Kyankwanzi reveal that members especially the old ones had seriously started campaigns to convince the new ones vote for current speaker Kadaga, others for Sam Kutesa the foreign affairs minister and now deputy speaker Jacob Oulanya.

The president according to sources said that was not the right time for people to campaign even before they are sworn in as members of the 10th parliament, saying they need to follow the procedures of the party. President Museveni aslo promised to talk to the NRM People who are interested in the seat to halt the campaigns and wait for the party Caucus to take a decision on the matter.

Theodore Sekikubo of Lwemiyaga County is one of those who have declared interest to stand as deputy speaker.