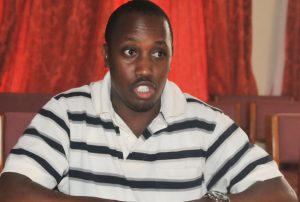 Members of Parliament sitting on the Parliamentary Public Accounts Committee say they have unearthed the rot in the foreign missions which relates to mismanagement of the missions and infighting among the staff.

The committee that is presided over by the Member of Parliament for Ntungamo Municipality, Gerald Karuhanga, who is the vice chairperson discovered  that the accounting officer of the Uganda mission in Washington, Patrick Muganda, had to close his office for six months  over what he termed as  staff bickering and that there was no leadership to stop such misconduct.

MPs while interrogating Muganda understood that he was conflicting with the incoming accounting officer for Washington mission, Mr.Stilson Muhwezi.

The two are   accusing each other of failing the official hand over of officer.

However, Muganda, told the that committee that he found the mission operating in chaos which swallowed him and caused further wrangling and stressed him to the extent of growing grey hair.

He reported that one of the staff at this mission at one time blocked his password to access the mission network for him to make accountability in time.

Karuhanga maintains that the missions abroad are mismanaged because the process of recruiting the staff to these missions is characterized with nepotism and the recruited staff lack technical capacity to handle these offices.