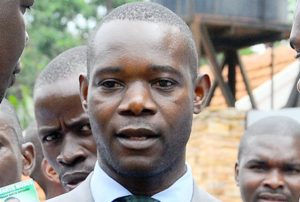 Parliament has directed the Ministers of Security and Internal Affairs to explain the ongoing killings of people and brief the country under what circumstances police is shooting live bullets to the people.

Rubaga North MP Moses Kaisbante raised the matter before Parliament and asked government to explain why the police used live bullets to shoot at the former Uganda Cranes captain.

Last Thursday, police reported that Massa’s car was shot at by their officers near the Namboole flyover in Bweyogerere.

The MP for Kapelabyong County, Julius Ochen, criticised the government for not taking action when the civilians are being killed and demanded to know the causes of the rampant killings of people in the country.

The government Chief Whip, Ruth Nankabirwa, says that all the issues regarding killings and shootings will be forwarded to the Security Council that sits every Thursday.

The Deputy Speaker, Jacob Oulanyah, ruled that the Nankabirwa gives the House a report next Tuesday after the Security Council’s meeting.