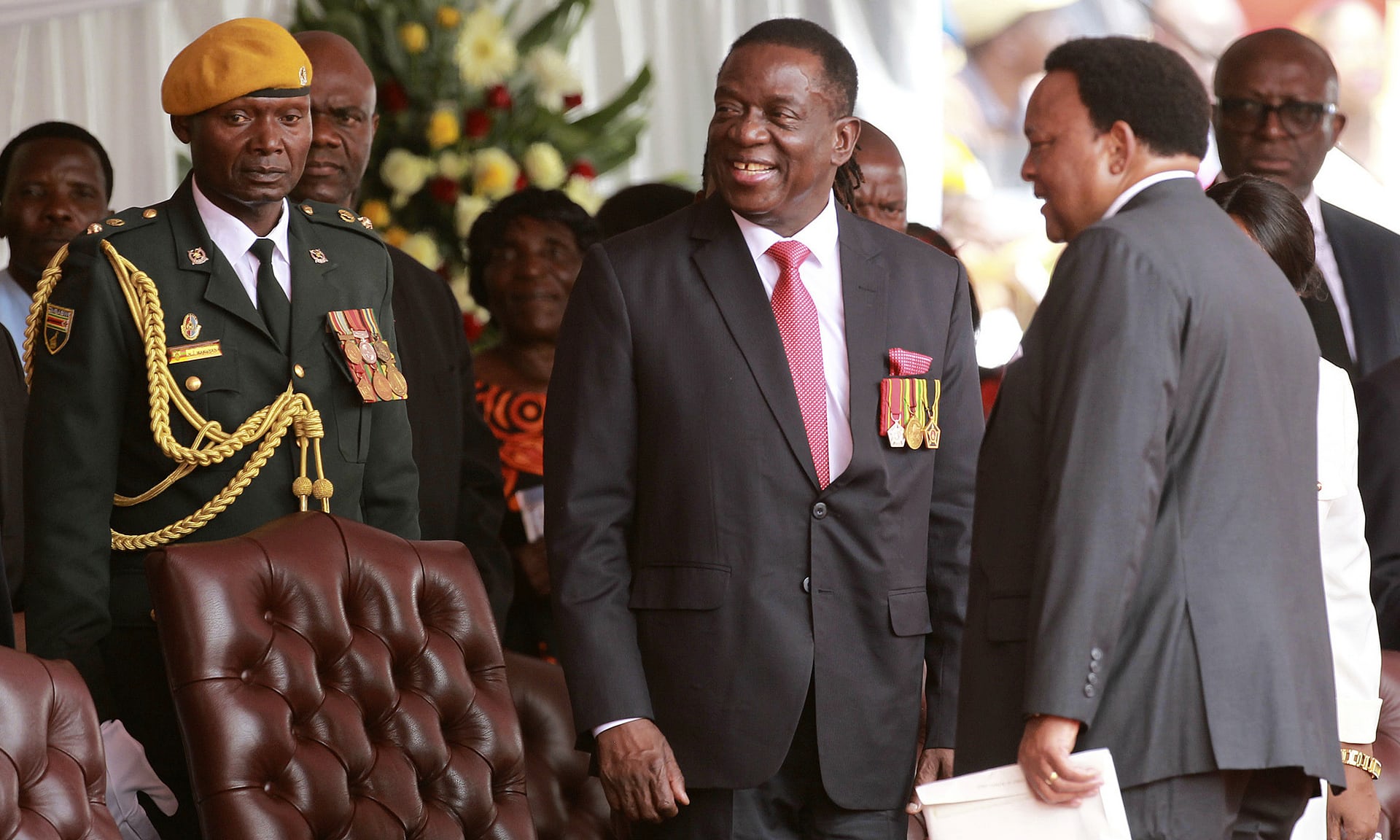 Emmerson Mnangagwa has been sworn in as president of Zimbabwe today becoming the country’s second leader since independence from white minority rule in 1980.

Mnangagwa took his oath of office in front of tens of thousands of jubilant Zimbabweans who had gathered at a stadium in Harare, after greeting the crowd with a raised fist.

People sung and danced in the stands and raised banners reading “Dawn of a new era” and “No to retribution,” even as human rights activists began to report worrying details of attacks on close allies of the former first lady, Grace Mugabe, and their families. Mnangagwa himself has warned against “vengeful retribution.”

Mnangagwa is a 75-year-old liberation war veteran and stalwart of the ruling Zanu-PF party. He was sacked as vice-president by Robert Mugabe two weeks ago, trigging a political crisis that culminated in Mugabe’s resignation on Tuesday.

Senior members of the ruling Zanu-PF party had wanted 93-year-old Mr Mugabe to attend the inauguration of Emmerson Mnangagwa, the man who deposed him, in an attempt to portray a natural transfer of power rather than change at the top initiated by a military coup.

He is widely known as “the Crocodile”, a liberation war nickname that may have stuck because it suited his reputation for ruthless cunning.

He was born on 15 September 1942 in east Zimbabwe, where relatives remember him as an “active and confident” boy,

He completed his “O” and “‘A” levels while in prison through correspondence where he spent 10 years following which he enrolled for a law degree. In 1972 he sat for his final LLB examinations with the University of London.

After independence he was a stalwart of the Zanu-PF party, which he now leads, and was one of Mugabe’s closest aides, cycling through roles including spymaster and security chief, and administering the well-stocked party coffers before being made vice-president.

He fell out of favour, and was ousted along with supporters from his “lacoste” faction, when his own presidential ambitions crossed those of Mugabe’s wife, Grace – but the split was very recent.

ALSO READ:President Kenyatta walks from his office to meeting at Treasury