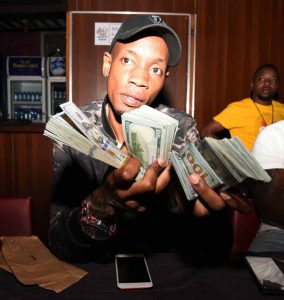 Brian Kirumira aka Brian White a self-styled tycoon known for his display of money in the city was arrest on Tuesday night, accused of shooting businessman Victor Bitwire.

Kirumira was arrested from Buziga and is being held at Kabalagala Police station charged with attempted murder.

Bitwire was shot in the shoulder early at the premises of Brian Kirumira and taken to IHK hospital for medical attention.

Circumstances surrounding the shooting are still under investigation and also the source of the gun he used is still being investigated.